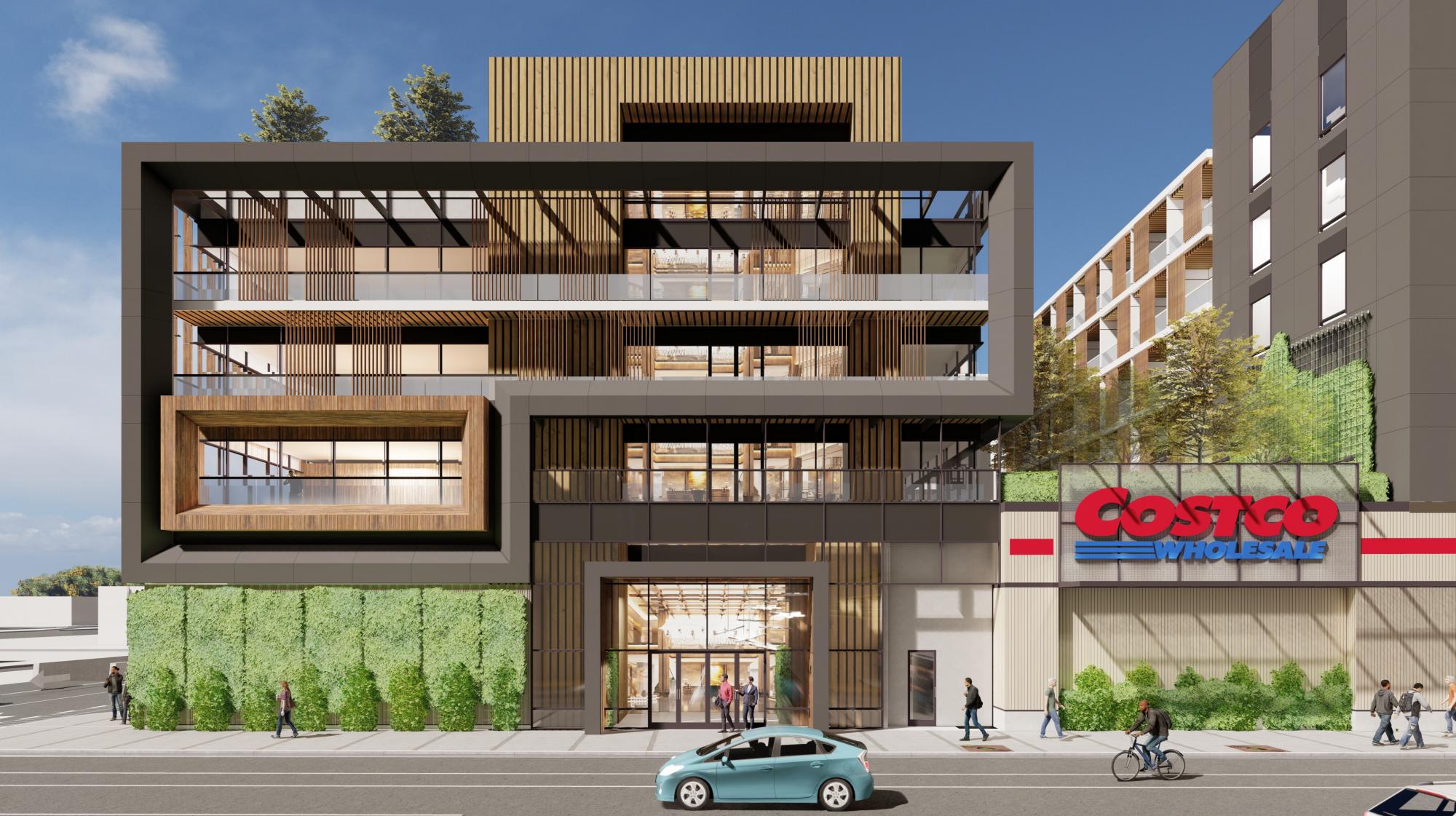 It has been revealed that Baldwin Village will soon be the site of a Costco Wholesale outlet as reported by Urbanize Los Angeles. The development company Thrive Living has announced that they will redevelop 5035 W. Coliseum Street, the site that was formerly View Park Community Hospital. This development is planned as a mixed-use structure that will come with 800 residential units built from prefabricated modular units and a Costco retail space on the first floor.

Jordan Brill of Thrive Living said in a press statement, as quoted by Urbanize Los Angeles, “Mayor Bass has declared a housing emergency in Los Angeles, and we’re answering the call. Our company is focused on addressing the severe housing affordability crisis in Los Angeles, while also attracting retailers willing to make long-term commitments and deliver community-serving products and services that enrich the living experience for our residents and neighbors.”

No plans have been filed with the Los Angeles City Planning Department as yet, but according to Urbanize Los Angeles, the project’s description shows that the design will focus on greater density and floor space than the local zoning ordinances allow. 184 of the units in the building would be reserved for low-income affordable housing. This would make this development potentially eligible for Transit-Oriented Communities Incentives. The rest of the apartments, considered market rate, would be considered workforce housing and non-subsidized affordable housing. The development would be Section 8 housing and the developers would distribute Section 8 vouchers for seniors and families in the area.

Brenda Ashby of the Crenshaw Manor Community Association said, as quoted by Urbanize Los Angeles, “This is truly a game changer for us and a huge investment in the community. We are excited to have quality groceries close to home, in addition to all the other services Costco provides.”

The complex is being designed by AO and their plans are for a six-story building with an underground parking lot with multiple levels. Both the outdoor and indoor areas would come with amenities such as a landscaped walking path, basketball courts, play structures, a gym, and five courtyards. Plans also call for using the outdoor areas for movie nights, planting community gardens and leaving room for classes for residents.