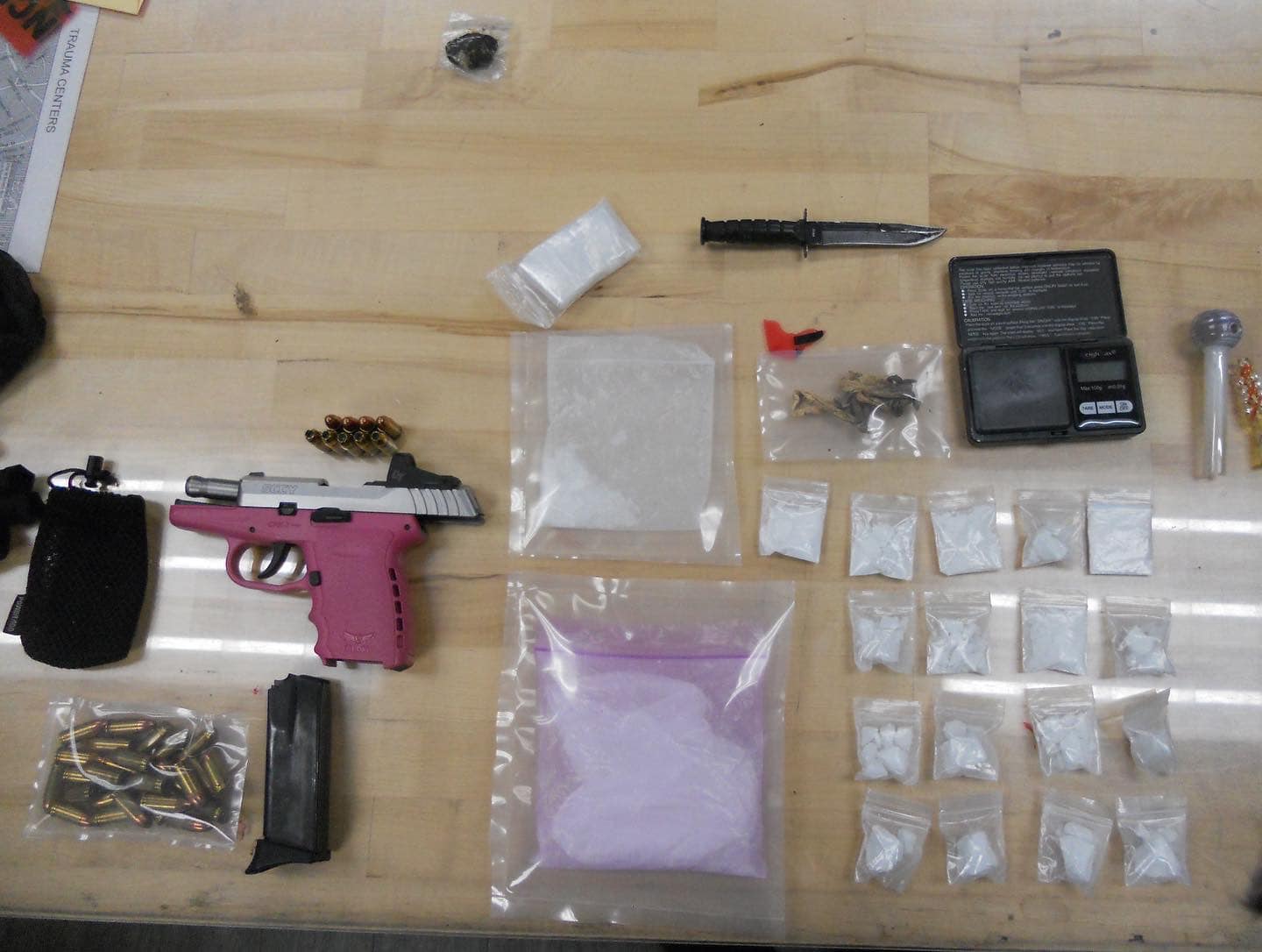 A Venice-13 gang member was arrested recently after being involved in a Culver City traffic collision recently.

According to the Culver City Police Department (CCPD), on November 22 around 8:00 p.m., officers responded to a call for service regarding a traffic collision in the area of Centinela Avenue and Washington Boulevard.

“When the Officers arrived, they determined that one of the drivers displayed the signs and symptoms of being under the influence of alcohol and placed under arrest. The suspect, an admitted Venice-13 gang member, was on active parole for robbery,” the CCPD said in a press release.

During the investigation, CCPD Officers located the following:
– A 9 mm handgun, containing eight live rounds in the magazine and one live round in the chamber, which was reported stolen in 2021 out of Clayton, Missouri, by the St. Louis County Police Department.
– An additional 27 live 9mm rounds
– A substantial amount of fentanyl indicative of sales
– Approximately fifty ID & access cards in other people’s names
– Twelve cell phones
– Burglary tools

Based on injuries sustained from the traffic collision, the suspect, a Los Angeles area resident, was left in the care of a local hospital where he received further medical treatment.