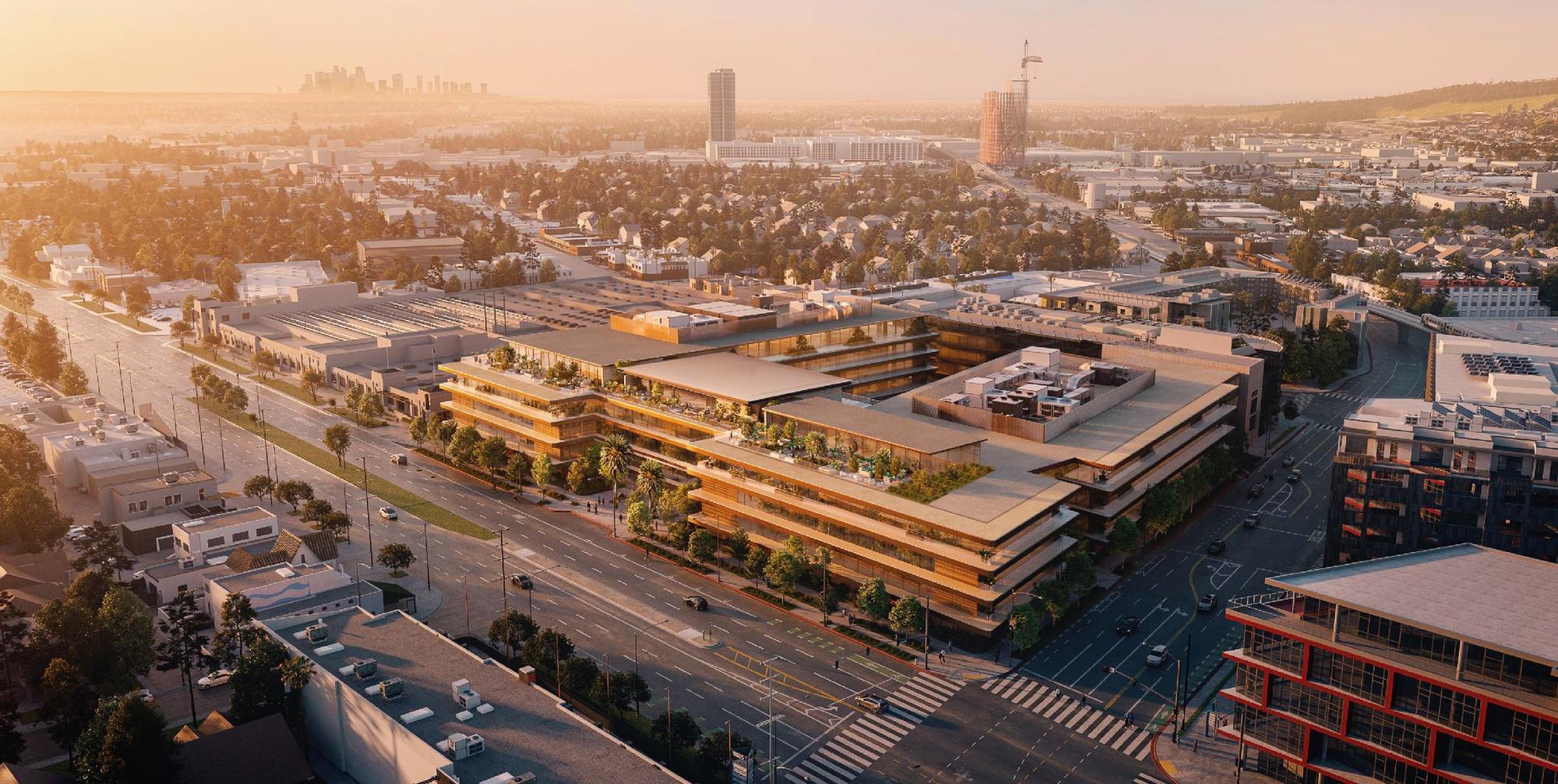 Apple is looking for approval for a new office campus in Culver City from the Culver City Planning Commission this week as reported by Urbanize Los Angeles. Apple, one of the most profitable companies in the world, wants to build what they call The Culver Crossings Campus, in an area on the Los Angeles city/Culver City border at the corner of National and Venice Boulevards. The site is a 4.5-acre area where commercial buildings now stand. This project would build two low-rise buildings with a total of 536,000 square feet of office space, production spaces and spaces for miscellaneous uses. The new structures would have parking for over 1,200 vehicles in a three-level underground parking structure.

This new campus has Gensler as the designer of record and would specifically be 75-foot tall buildings with between four and five stories. These would not be mixed-use buildings with retail spaces but Apple plans on an in-structure cafeteria and coffee stations for employee and visitor use as well as shuttle stops with large entrances on Venice and National. The project also has an open space outside area of 58,000 feet with a small area similar to a park and a central courtyard space. In addition to that, the plan speaks of a new promenade on Venice and new landscaping on National.

Because this project sits on the border of the two cities, it must get approval from Culver City and the City of Los Angeles as well. The build is anticipated as a two-component project where the smaller of the two buildings, 167,000 square feet, would be first in early 2023 and be finished by 2024 with the second, about 369,000 square feet building would break ground in late 2023 and finish in late 2025. The estimate for the full construction of the project is 2026.

The final word on the project will come from the Culver City Council but the Planning Commission will consider the many requests that come with the project like Apple’s request to begin construction at 7:00 a.m. daily to finish faster. Completion of the project would double the size of Apple’s office space in Culver City. The company already employs 1,500 people in the area and eventually wants to raise that number to 3,000 employees by 2026 when construction is complete with 2,400 of those employees at Culver Crossings, according to the EIR.