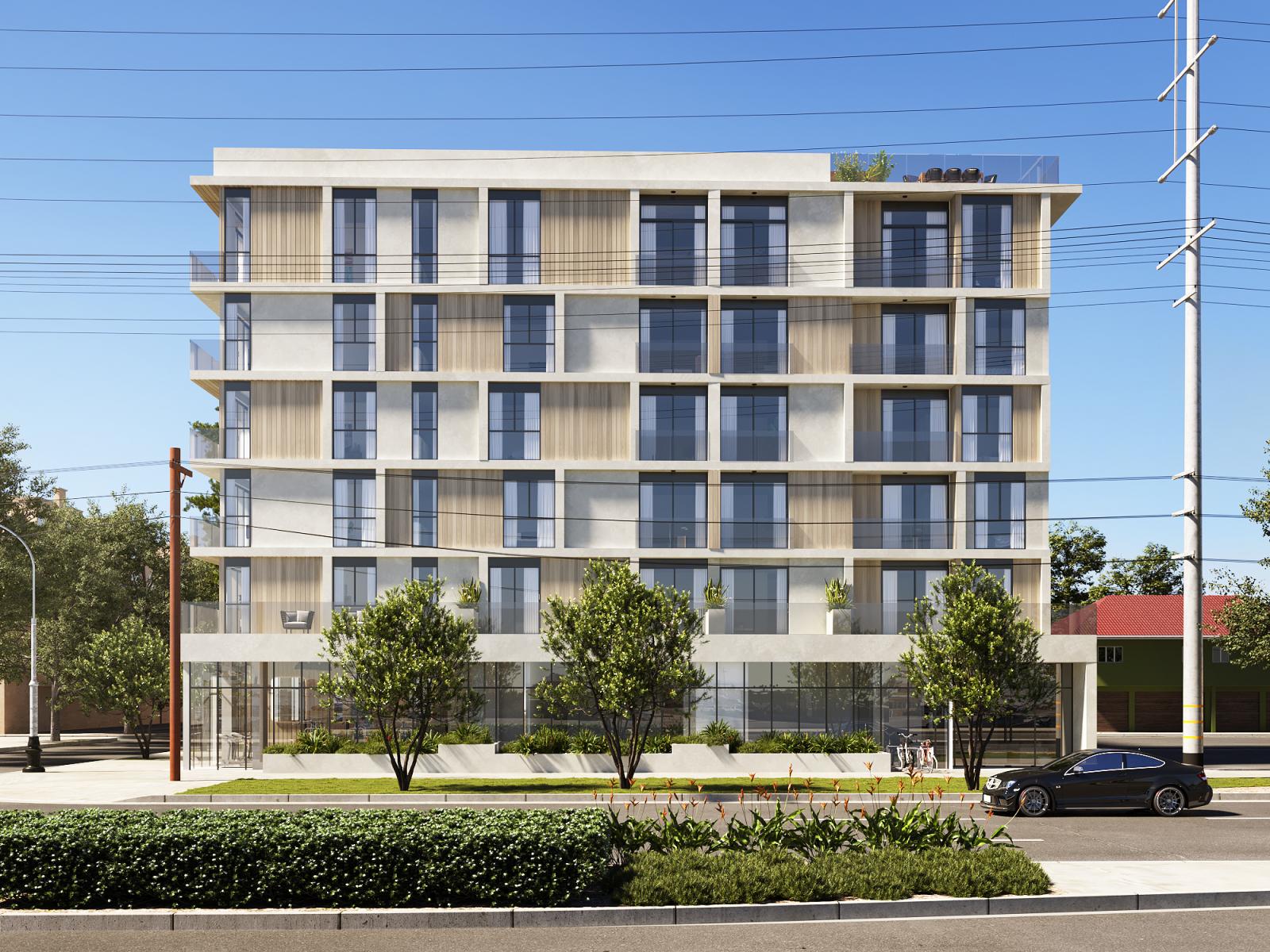 Project at 9431 Venice Boulevard would include 47 apartments and 2,000-square-foot restaurant.

A new mixed-use apartment structure is planned in Palms as an application has officially been submitted to the Los Angeles Department of City Planning as reported by Urbanize Los Angeles. The site is across from the downtown Culver City area at 9431 W. Venice Boulevard in Los Angeles and is currently the site of a small commercial building. The planners intend to demolish the building, which was built in 1979 and propose a seven-story building that would hold 47 units, divided between studio, one and two-bedroom apartments. The ground floor would host about 2,000 square feet of commercial space suitable for restaurants and a partially underground parking lot that would hold 38 parking spaces.

This is another project that seeks to take advantage of density bonus incentives to build a structure much larger than local zoning will allow. Developer Paul Hendifar from Venice Cardiff, LLC has applied for those entitlements to get approval for the larger structure. The developer would only be required to reserve five of the 47 apartments as affordable housing for very low-income level residents.

The building’s design, by Kevin Tsai Architecture, is shown in renderings, according to Urbanize Los Angeles, and is of the incredibly popular contemporary podium-type building. Some units would have private balconies, but the amenities are the usual kind, a courtyard, recreation room and rooftop deck.