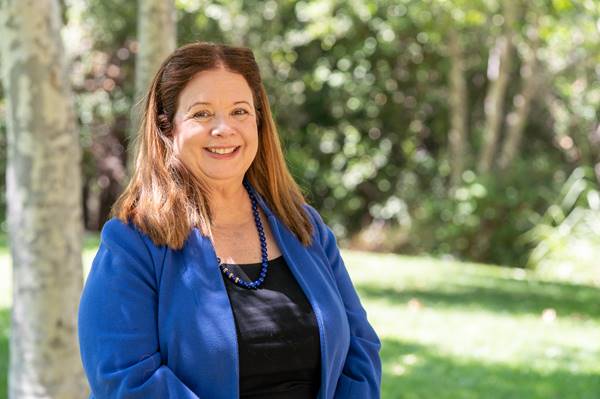 Hydee Feldstein Soto spent decades overcoming institutional hurdles to become one of the country’s most respected attorneys, known for her no-nonsense and can-do approach to finding innovative solutions to difficult problems. Now she is ready to put those skills to work for the people of LA as your City Attorney, to root out corruption and break through the gridlock at city hall. Hydee is running to bring real positive change on the issues that most affect our daily lives – the safety of our streets and neighborhoods, homelessness, unaffordable housing, and more.

In a race where she was an overwhelming underdog, “HFS” finished second and squeezed her way into the November runoff by the smallest of margins and seems poised for what could be one of the true political upsets in this campaign cycle.

A Latina in the male-dominated legal arena of financial law, Hydee broke down barriers and mentored other women and people of color to help them succeed as well. Through determination and exceptional command of the law, she eventually became a partner in two of the most prestigious law firms in the country.

We spoke with the candidate during the primary season as she was just one of many hopefuls with little cash or name recognition among a field of more seasoned political veterans. But that has all changed as Feldstein Soto has raised nearly $800,000 with some $412,000 cash on hand and another $660,000 in city matching funds. Her front-running opponent Faisal Gill, rejected matching funds and raised just slightly over $2 million dollars with $473,000 cash on hand (numbers reflected by the LA Ethics Commission as of October 24th).

For a first time hopeful for a relatively obscure position most voters don’t recognize, “HFS” has narrowed the gap as this race seems to have the makings of a photo finish come election day.

Efforts were made to reach out to the Gill campaign, but have not heard from them as of this writing.

We asked “HFS” several questions and here were her responses:

Faisal has raised over $2 million, of which $1.9 million is his own money while I have raised about $1.2 million of which $150,000 is my own money. Less than 5% of Faisal’s funding is in contributions from residents of LA and during the primary, Faisal spent nearly $12 per vote while I spent less than $4. It has been my campaign’s mission to create real connections with our communities through meet and greets, tabling at community events, attending forums, canvassing and phone-banking rather than focusing on television which do not allow voters to see past what is being presented. Having said that, we have been actively advertising on radio, making use of digital ads, targeted direct mail, and in the final weeks rolling out additional paid media on television too. The airwaves do not vote, residents do and I am very confident that our campaign team has a winning strategy in this race for city attorney.

Yes, that is still my position.

I believe they should resign – racism and elevation of personal power over public service cannot be remedied by apologies. These elected officials have let us all down. As City Attorney I will use every tool to make sure that the matters that were discussed in those recordings are investigated thoroughly, independently and swiftly.

LA needs a City Attorney that can meet the moment.

There are a few cornerstones to promoting racial justice. First and foremost is data and obtaining retroactive racial impact reports for our criminal statutes is a start on understanding the scope and extent of the bias.

There is data that puts California as one of 7 states that has the worst 9:1 or higher disparity in black/white incarceration rates. That is unacceptable and so we really need the information on where our process is breaking down.

Second, there has to be a willingness to do something about the reflected in the data, even if that means that we must acknowledge failure in strategies that have not worked.

Third, we have to be willing to educate our youth and t develop alternatives to arrest, incarceration and fines (which fall heavily on the poor and are a rounding error for the wealthy) including diversion for mental health, medical assistance, apprenticeships and job training programs, especially for nonviolent offenses and community based partnership policing where we actively recruit officer, social workers, outreach personnel and neighborhood law corps attorneys who look like and have a connection to the neighborhoods they serve.

Fourth, we should have a robust record clearance mechanism for things like marijuana convictions that are no longer crimes. I would hope to incentivize achieving fair and racially balanced results in the office.

We have to keep us all safe and govern conflicts among our residents and so our laws have to be constitutionally drafted and justly enforced with equivalent consequences for the same transgressions and I will seek to do that as the new City Attorney of LA.

Over the last few years, the City Attorney’s office has come under scrutiny for corruption to the point where the office was raided by the FBI and the Department of Justice (DOJ).

As City Attorney one of my main goals will be to restore trust, effectiveness, efficiency, and respect or an office that is one of the largest public law firms in the country, by among other things, implementing compliance best practices and standardizing legal advice and responses, not defending the indefensible, holding all city employees and personnel including myself accountable, and finding ways to implement policy decisions legally, just and affordably.

I am committed to making sure that City Council’s policies and decisions are based on data and sound legal principles and provide transparency, effectiveness and accountability in drafting ordinances, measures, resolutions and commercial contracts.

Nick Antonicello is a longtime Venetian covering the various races for municipal office here in LA and how they impact the neighborhood of Venice. Have a take or a tip on this or any other city office or matter? Contact Antonicello via e-mail at nantoni@mindspring.com