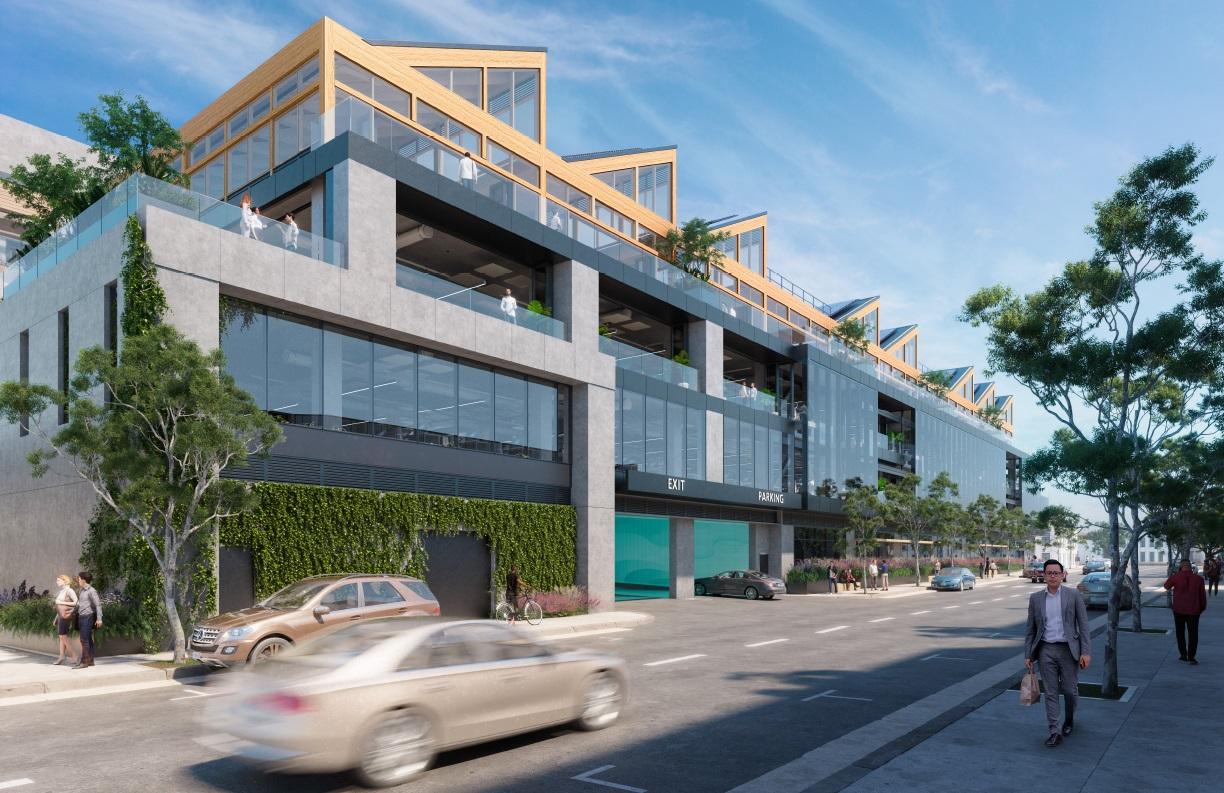 3817-3855 Watseka Avenue if approved. The plans are for a four-story building that would contain 145,831 square feet of office space. Underground, a three-level parking structure would hold 551 vehicles. Genlser is the designer of record and the designer’s renderings call for a glass and concrete exterior with a sawtooth roofline.

Indoors, the structure would have high ceilings, amenity decks and balconies, and “mass timber elements.” The estimated time of construction on the project is 2024. The developers are hoping to lease the building, once completed, to a single tenant.