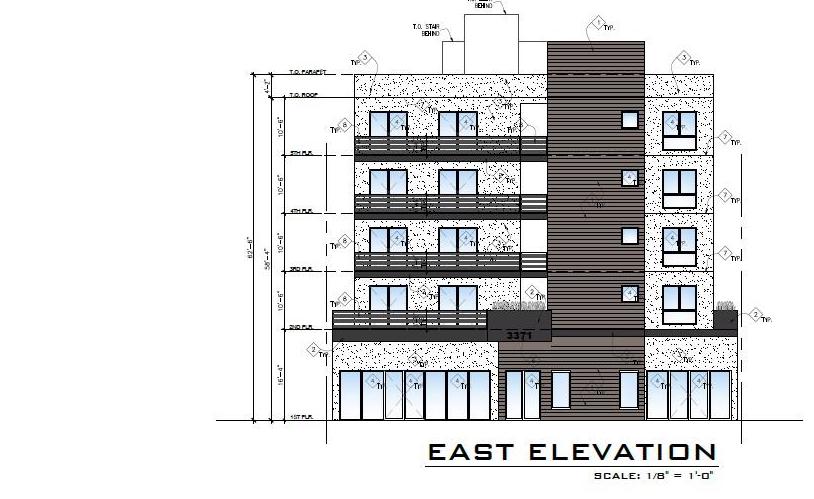 At 3363-3371 S. Motor Avenue, plans have begun to demolish the building that houses the current businesses, a dry cleaning business and laundromat, to build a new mixed-use housing unit in the Palms neighborhood as reported by Urbanize Los Angeles.

Caladan Investments has filed an application with the Los Angeles Department of City Planning that requests entitlements that would make it possible for the company from the San Fernando Valley to demolish the current buildings on the site to redevelop the site.

The plan is to build a five-story apartment structure that would contain 58 units and a ground floor level with the retail area and parking for 37 automobiles that covers 2,568 square feet of space and is based on the Exposition Corridor Transit Neighborhood Plan’s bonus system that would allow Caladan to build the project in the Expo Line station adjacent area while skirting current zoning regulations on the Westside of Los Angeles so long as they provide affordable housing within the complex.

Caladan would have to reserve six studio or one-bedroom apartments for extremely low-income affordable housing tenants to qualify for these entitlements with this proposed project.

The designer for the proposed project is Sam Ghanouni and, according to Urbanize Los Angeles, the design is the currently popular podium style contemporary building that would have an exterior made of plaster and wood with a rooftop amenity deck.