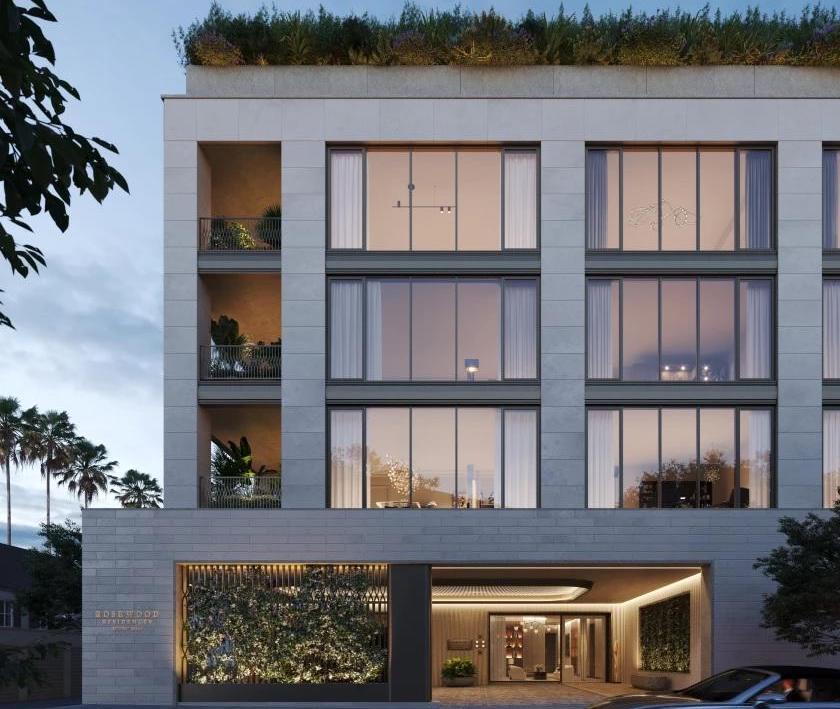 The Friar’s Club in Beverly Hills is no more, having been closed  for over a decade Now the property where the club once stood is being redeveloped into a luxury condo, as reported by Urbanize Los Angeles.

The site will be remade into an elite condominium development that costs upwards of $100 million. According to the Los Angeles Times, developers from New York, Nahla Capital, and GPI Cos, from Los Angeles, are partnering to build this new complex. The development broke ground recently and the new development has been dubbed the Rosewood Residences Beverly Hills located at 9900 Santa Monica Boulevard.

The development is slated to be a mixed-use structure lf four stories that contain 17 condominium units. The ground floor will have over 12,000 square feet of commercial space and parking for 147 automobiles.

Rosewood Hotels & Resorts will be operating the building and is hoping that the condos could sell for as much as $40 million each which would set a record in the Los Angeles area. The Beverly Hills Planning Commission approved plans for a mixture of condos with two, three, four and five-bedroom units. According to the Los Angeles Times, the largest condominium might be as large as 7,300 square feet.

Originally the plans for this development were slightly more ambitious, with the developers envisaging 25 condos of various smaller sizes between 1,124 and 4,044 square feet.

Architect Thomas Juul-Hansen is the designer of the project in tandem with Rosewood Residences with MVE + Partners on the project as the executive architect.