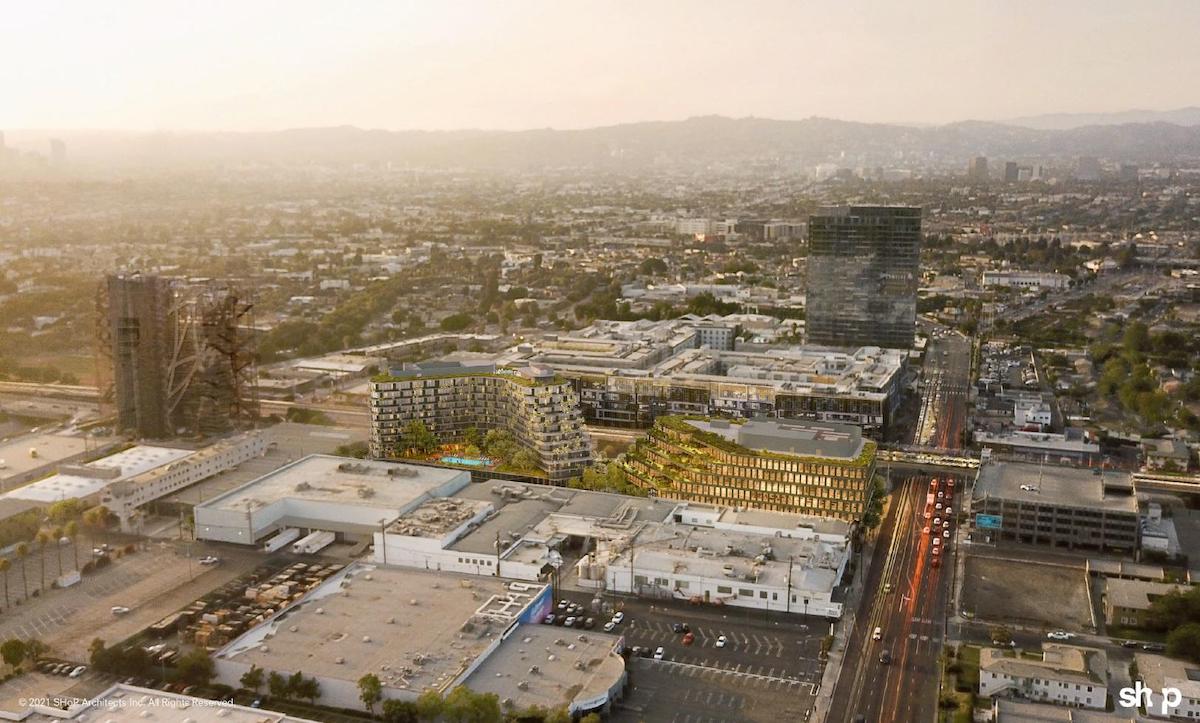 Development would include 227,000 square feet of office space along with retail

The Los Angeles City Planning Commission has unanimously approved a new proposal that would redevelop a storage facility that sits next to the La Cienega/Jefferson Metro stop as reported by Urbanize Los Angeles.

The project would bring new housing, offices and buildings that would have commercial uses to the area.

The United States division of Australian real estate and construction company Lendlease is developing the project which would be located at 3401 S. La Cienega Boulevard on a nearly 3.5-acre lot. The plans involved building two mid-rise level buildings that would hold 260 residential units, around 227,000 square feet of office space and 2,869 square feet of retail space on the ground floor. The complex would come with parking for 785 vehicles.

The developers plan on using density bonus incentives to be able to build this project which has buildings that are much larger than zoning ordinances would normally allow. The agreement would call for the developers to reserve 22 units for deed-restricted very low-income affordable housing and an additional 7 units that would be designated as workforce housing.

The designer of record on the project is SHoP Architects and the plans describe the construction of a 13-story, 150-foot tall residential building and a six-story, approximately 92-foot tall office building. According to Urbanize Los Angeles, the renderings show two contemporary mid-rise buildings that have upper-level setbacks which would be used to create terrace decks.

The office building’s plans call for mass timber to be used in its design and construction.

3401 La Cienega is on track to break ground in early 2023 and be open for business in 2025, per the environmental report from the City of Los Angeles.

There were no parties that opposed the 3401 La Cienega project’s filing for entitlements but the project’s tract map was appealed by Supporters Alliance for Environmental Responsibility, which is an organization that will frequently appeal or oppose large development projects that apply for entitlements in Los Angeles.

This appeal was rejected by the Planning Commission and its argument is that the environmental study that was put together for the project did not fully review the potential impact that the project might have on greenhouse gas emissions and air quality.

There are a number of projects in this area that are starting to gear up which are large and mixed-use projects that surround the Metro stop at La Cienega/Jefferson station.