Chloe Jackson has been giving back to her community for as long as she can remember.

The St. Bernard High School senior had not yet begun school when she learned that helping others was something everyone was expected to do.

“I got it from my grandma,” said Jackson. “We helped the neighbors, helped the church, donated clothes and canned goods. We brought coats to shelters. It was little stuff, but she taught us to help the neighbors whenever we could. Grandma had a really caring heart.”

A heart that is obviously hereditary.

Jackson’s time at St. Bernard has been filled with a long list of extra-curricular activities. She is member of the school’s Viking Ambassadors, Associate Student Body, Black Student Union and yearbook staff.  She mentors middle school students by participating in TAKS Leadership group as well as teaching them math and science in her role as a Stem Summit Leader. For several years, Chloe has been a serious athlete, devoting time to soccer, volleyball and track and field, all while achieving top grades in the classroom.

She said she takes pleasure in serving others and sharing her experience at St. Bernard’s with the community at large, volunteering with Mothers In Action (MIA), One Incredible Family and My Friends House L.A. along with being a camp counselor with the Girl Scouts of Westchester.

And that is her true passion – Girl Scouts. She began as a Daisy, and the community service aspect of the organization hooked her for good. She did the obligatory selling of Girl Scout cookies, but even there, she excelled, selling more than 500 boxes for six consecutive years!

She seved for two years on the Girls Advisory Board, representing the Brownie Girl Scouts in the Tournament of Roses Parade, and earned the Silver Award in eighth grade.

But in true Jackson fashion, she went one step further.

Earlier this year, she earned Scouting’s Gold Award – the highest honor that can be bestowed upon a Girl Scout.

According to the Girl Scouts, “Gold Award Girl Scouts are the dreamers and the doers who take ‘make the world a better place’ to the next level. The Girl Scout Gold Award is the mark of the truly remarkable – proof that not only can she make a difference, but that she already has.”

That is certainly true in Jackson’s case.

Working through MIA, Jackson spent countless hours assembling packages and boxes of school supplies for students who otherwise would have none.

“It’s so important to give back, lead by example and be a light for those who can’t help themselves,” she said. “I love [MIA’s] Back to School Health Fair. It is one of my favorite events that I look forward to each year, to see the smiles on the children’s faces when I hand out school supplies is simply priceless.”

Jackson’s proudest moments, though, are working directly with kids to help them understand themselves and the world around them. Working with MIA mentees, who are ages 8 through 14, Jackson recently conducted virtual art sessions, teaching them about everything from portraits to landscapes and urging them to use their creativity to push back against the stresses of a world in lock down.

“I have done a lot, but I’m proudest of the work I have done with kids,” she said. “I taught an art class during a pandemic that I hope brought kids energy and gave them hope. I wanted them to use art to express themselves. I love art myself, so that was an easy thing for me.”

Candace Hardy, whose 8-year-old son, Braylen, was one of Jackson’s student said she was incredibly impressed with Jackson’s class.

“For her to be so young and so articulate was amazing,” Hardy said. “She was very informative, and she connected with all the kids.”

Hardy said before the class Braylen never showed an interest in art and was often shy.

“But he gravitated toward Chloe very quickly, even on Zoom; and he loved it,” she said. “He was so proud of his little masterpieces. She encouraged him to interact and be creative and use his imagination.”

Her engagement with her virtual students did not stop there. Jackson provided all of the art supplies, made beautiful hand-painted aprons and gave them an art kit with all the trimmings to continue their self-expression at the end of the program – a little bit of extra effort that would make grandma proud.

Hardy said the experience has already made a lasting impact on Braylen.

“His level of excitement about art was surprising to me,” she said, adding that he has already convinced her to continue supporting his new passion. “I went to Michael’s and got big canvases and easels and he’s painting outside now. It’s really therapeutic for him.”

In the fall, Jackson will attend Clark Atlanta University in Georgia and major in Architecture/Interior Design with the hope of one day opening her own business in the field. Not surprisingly, she wants her success to be the success of everyone around her.

She said she wants to “enhance the standard of living and improve the quality of life in my community” and help “address the inequalities of women in an industry where we are the minority.”

Of course, St. Bernard will always have a special place in her heart.

“From the first time I visited and had my Shadow Day, this just felt like home,” she said. “I’m certainly going to miss all the activities because I did everything here.”

Still, Jackson is ready to blaze a new path and serve as an example for her fellow students just as her grandmother did for her.

“My generation needs to take time out of our day to give back to the community,” she said. “We need to take that time and effort because we can make a difference.” 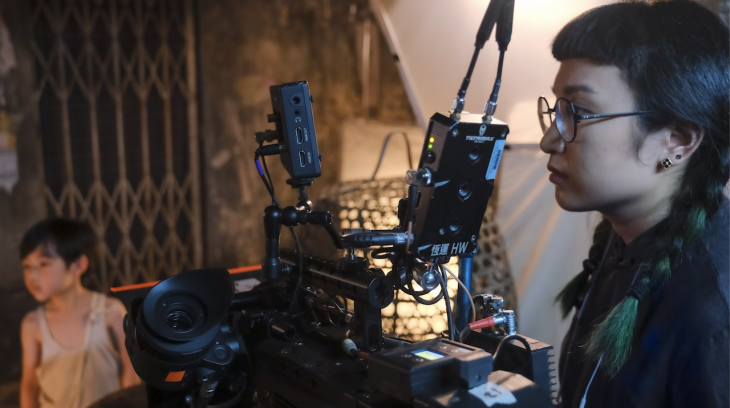 UCLA student Kristi Hoi was selected as a finalist for the 2021 GSA BAFTA Student Awards for her film No... 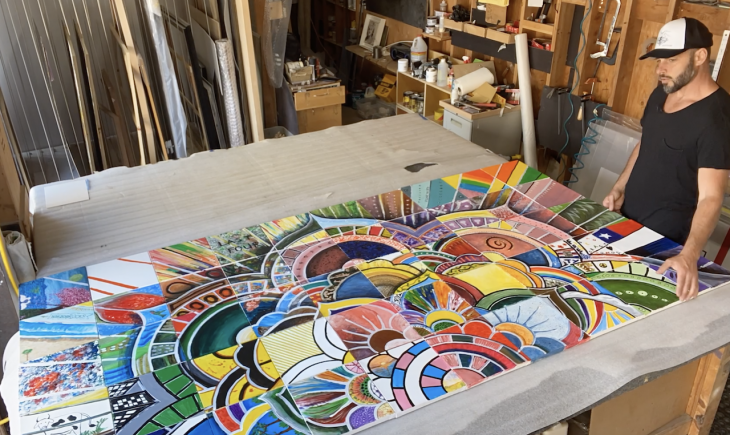 A mural honoring the veterans was revealed on Memorial Day on the VA Campus. Created by artist Nick Spano, veterans,... 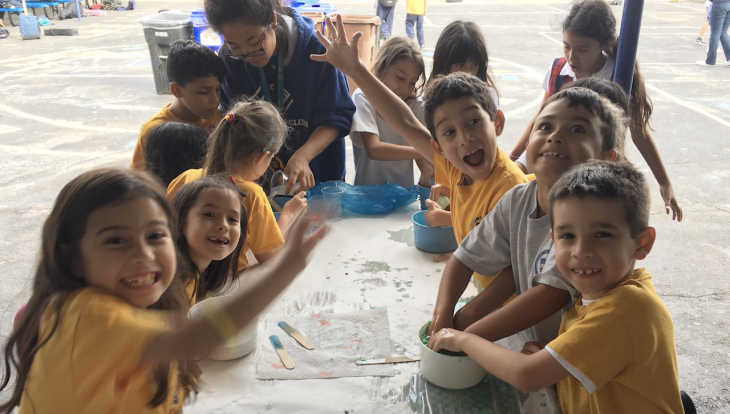