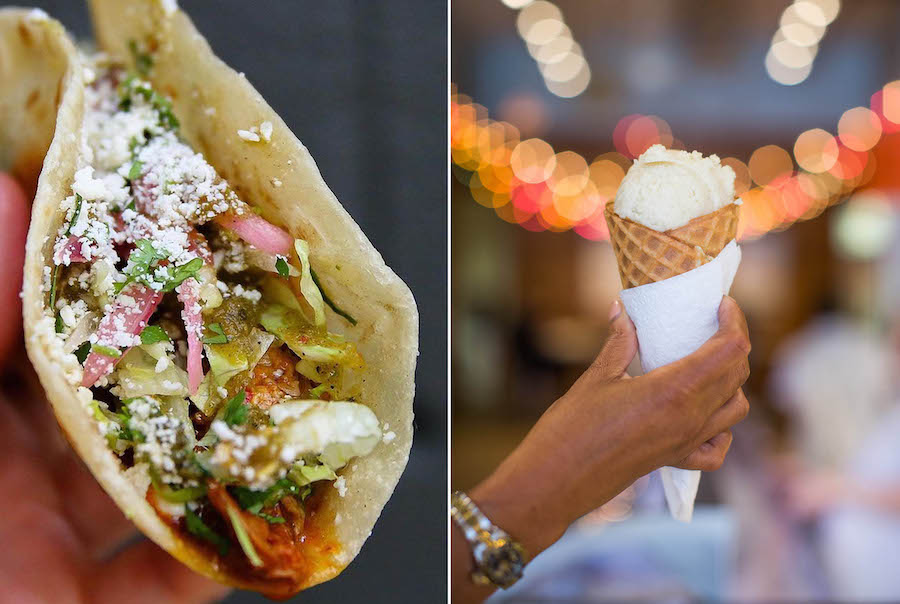 The new Free Market Complex is located at 12751 W. Millennium Drive. It features a variety of stores ranging from goods and services such as flowers, paper, jewelry and more. The company behind Free Market has similar centers in Denver and Downtown Los Angeles. The Playa Vista location will open on May 1.

Loqui is a Mexican taco joint that first opened in Culver City back in 2016 at the Platform. The restaurant first began out of Tartine Bakery as a weekly pop-up in 2013. The menu features a variety of proteins including including beef, chicken, pork and mushroom.. Their tacos are served up in homemade flour tortillas or delicious corn tortillas

The owners Ari Ampudia and Cameron Wallace hosted several taco pop ups before the restaurant itself had a brick and mortar. Wallace was a popular baker for restaurant Tartine, while Ampudia had been developing tacos and Mexican street cuisine for several years. Loqui’s second location opened November 2019 in the downtown LA Arts District.

Jeni’s Splendid Ice Creams offers a unique take on soft serve by incorporating buttercream into their recipe. The ice cream is free of artificial flavorings, dyes, or off-the-shelf mixes, stabilizers or emulsifiers. Founder Jeni Bauer had been professionally making ice cream for more than 20 years before opening the shop and had also studied art as well as worked at a bakery, before founding Jeni’s Splendid Ice Creams in 2002.

You can check out the list of brands at the Free Market Complex below:

According to their website, the Free market is “an ever-evolving collective that develops and markets curated products, services, and experiences by combining incubator strategy with artistic understanding and infrastructure strength.”