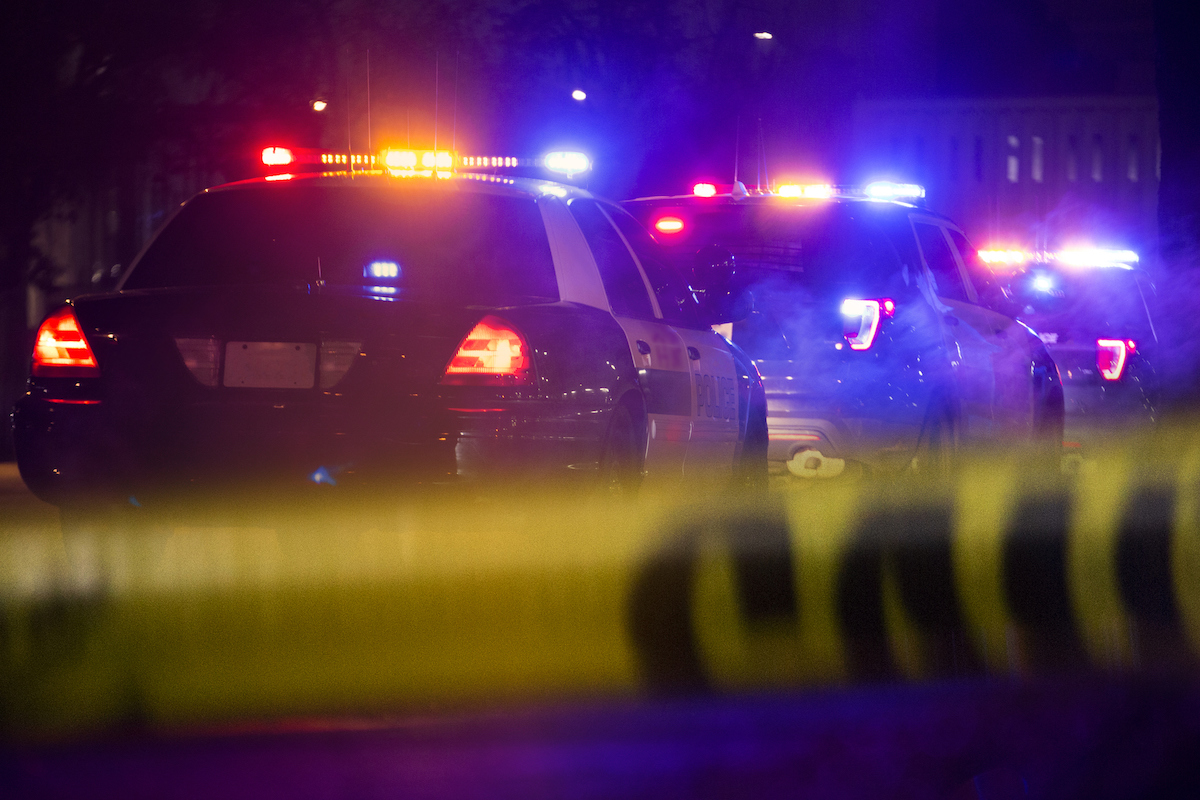 Police continue a search for a man who aimed a gun at two women at Westfield Culver City before leading officers on a chase that culminated in a crash in Inglewood.

According to the Culver City Police Department (CCPD), the suspect approached the two women at around 4:25 p.m. Friday and aimed a gun at them. The women were not harmed, say police.

CCPD officers located the suspect’s car near the mall and chased him. During the pursuit, the suspect crashed into multiple vehicles at the intersection of Centinela Avenue and La Cienega Boulevard in Inglewood.

The suspect fled from the scene on foot, evading officers who found a firearm at the scene.

Paramedics treated those injured in the crash as some victims suffered injuries and were transported to a hospital for treatment.

The suspect was described as around 25-years-old, having a heavy build and wearing black shorts, a black shirt and white tennis shoes.

CCPD wants the suspect for assault with a deadly weapon, felony hit-and-run and felony evading.

Anyone with information about the suspect is encouraged to call the Culver City Police Department’s watch commander at 310-253-6202.

Local news and culture in under 5 minutes. * A new way to say Thank You to healthcare workers. *...

“It’s really devastating. We Veterans serve in this country and this is what we get,” says a U.S. Army Veteran...

By Staff Writer A fatal traffic collision occurred in Culver City Tuesday morning in which police believe that alcohol may...

The City of Santa Monica has authorized fines of up to $1,000 for failing to wear a mask. Learn more...

Fireworks continue in LA County despite ban By Sam Catanzaro Air quality throughout most of Los Angeles County ranged from...

Earlier this week Los Angeles County’s public health director said that almost half of restaurants and bars were not following...

What is the deal with the row of tents outside the West Los Angeles Veterans Affairs campus? Learn more in...

One in every 140 people in the county has the virus and is infectious, say LA County health officials By...