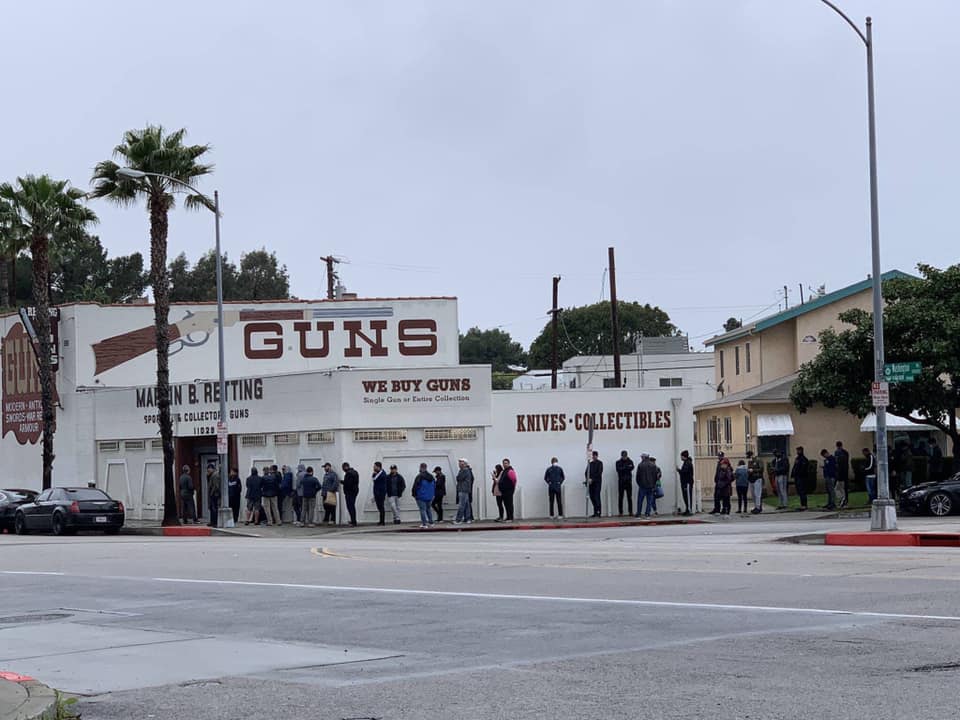 Culver City rules in accordance with county and federal guidelines

Culver City officials say that firearm retailers are part of the essential critical infrastructure and are allowed to be open during the COVID-19 local emergency.

On April 2, 2020, Culver City City Council adopted a resolution that allows firearm retailers to conduct business, including new sales and transfers, during the COVID-19 local emergency.

“The policy is consistent with [Cybersecurity and Infrastructure Security Agency] CISA Guidance and the County of Los Angeles’ current positions regarding the inclusion of firearms retailers as part of the essential critical infrastructure,” the City said in a news release.

Culver City is home to most of the gun stores on the Westside, including Martin B. Retting Inc., the subject of photos that went viral showing people lined up as the COVID-19 outbreak was promoting the first round of social distancing orders from lawmakers.

“Due to the need to maintain safe environment during this COVID-19 emergency, and in accordance with Culver City’s order, we will be significantly limiting the number of customers that we can accept at any given time. We are operating under an appointment only basis for the foreseeable future, which is basically as long as this emergency continues,” Martin B Retting Inc. wrote in a Facebook post. “Availability on most items, including ammo, is very limited and the supply chain is going to tied up for a while.”

The decision was celebrated by the California Rifle and Pistol Association, who was behind efforts to have Culver City allow gun shops to stay open, calling on their members to submit input to City Council.

“Your CALL TO ACTION won the day. Thank you to all those who stepped up and submitted comments. Who says couch potatoes can’t be effective!” the Association wrote in a Facebook post.

Culver City’s actions come days after the Los Angeles County Sheriff’s Department ruled that gun shops are essential businesses and are allowed to remain open during the COVID-19 outbreak. This marks a reversal of an effort to close gun shops during the stay at home order by Sheriff Alex Villanueva.

Villanueva’s change of stance was prompted by the release of new guidelines from the Department of Homeland Security classifying firearm industry workers as essential critical infrastructure personnel.

“Based on this further input from the federal government, the Los Angeles County Sheriff’s Department will not order or recommend the closure of businesses that sell or repair firearms or sell ammunition,” Villanueva said.

Villanueva did note that the Department will continue to investigate reports of poor sanitation in gun shops and failure to maintain social distancing requirements.