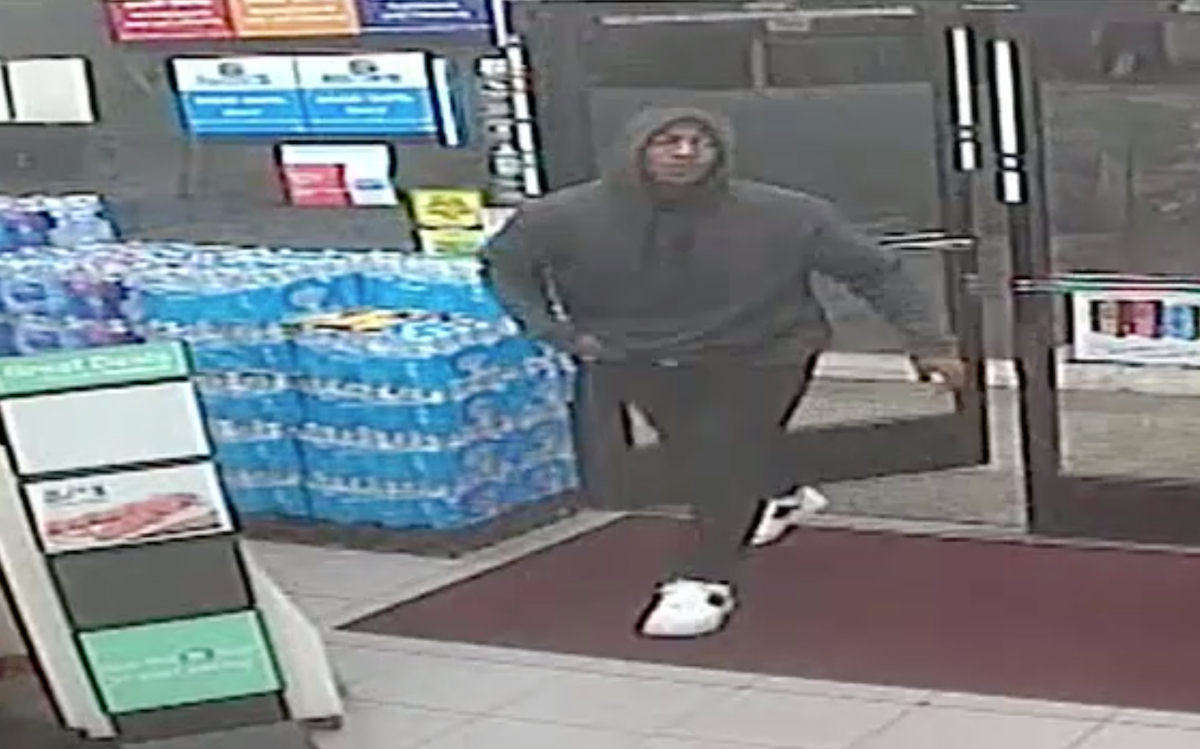 Los Angeles police are investigating a pair of robberies that occurred this week within a span of 10 minutes at two convenience stores on Venice Boulevard.

“Once the clerk was distracted, the suspect produced a black handgun, held the clerk at gunpoint and demanded money. Out of fear, the clerk complied and turned over an undisclosed amount of money. The suspect quickly exited the store and fled the scene. Since both convenience stores are approximately one and a half miles from each other, investigators believe the suspect may have had a getaway car nearby,” the LAPD said in a press release.

According to the LAPD, the suspect is described as a 35 to 45-year-old male Black. He stands between 5 feet 10 inches and 6 feet tall, weighing approximately 180 to 185 pounds. He was wearing a gray fleece hooded sweater, black t-shirt, black pants and white tennis shoes. The suspect was armed with a blue steel semi-automatic handgun.