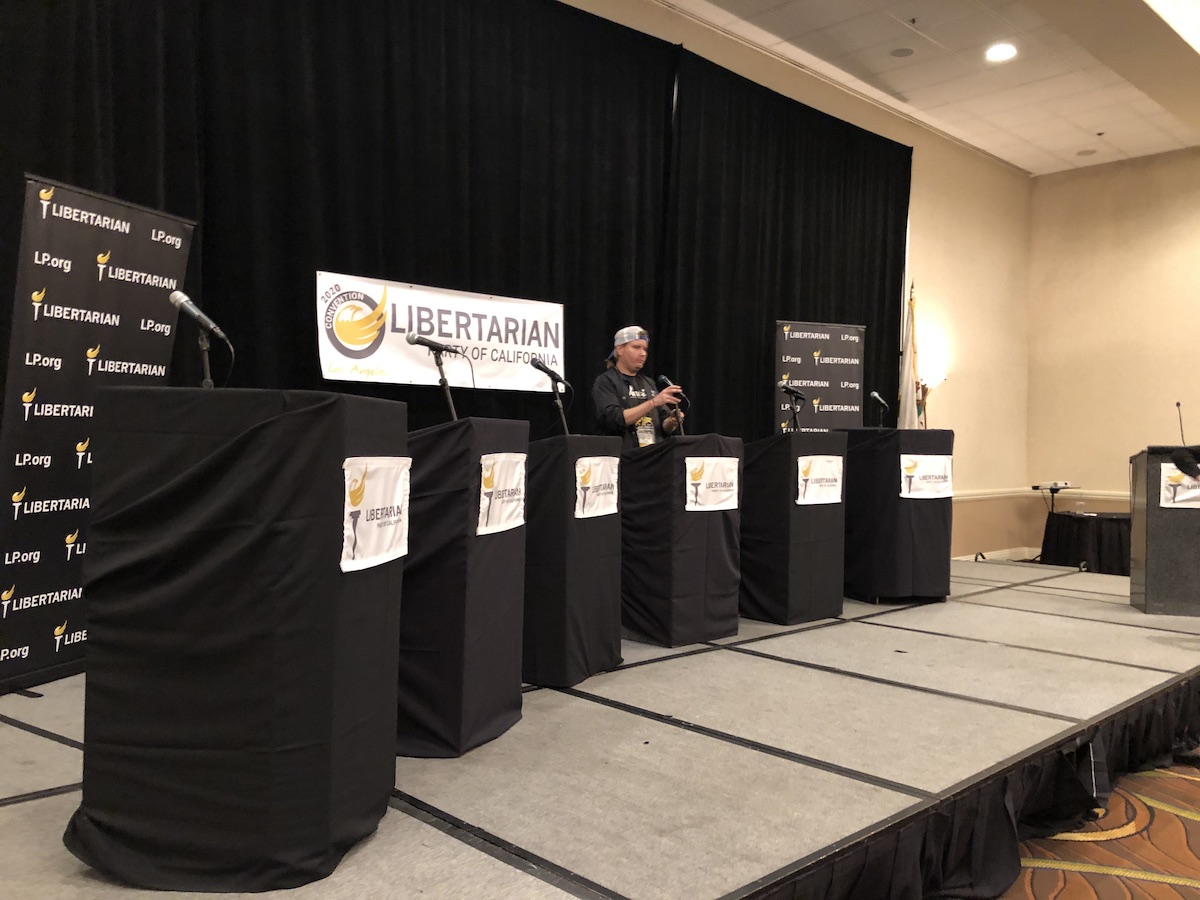 While the Democratic Party presidential primaries have been at the center of the spotlight, over President’s Day weekend a third party came to the Westside at the Libertarian Party Convention in Culver City.

The first day of the convention was dominated by party business and committee meetings. On Saturday, Honor “Mimi” Robson, State Chair of the Libertarian Party welcomed attendees and party delegates on Saturday. Jeff Hewitt, offered the first keynote speech, “Can the Libertarian Party Save us from Ourselves?”

One candidate that didn’t make the debate stage was Dan “Taxation is Theft” Behrman—he didn’t change his name legally through government processes, which require permission. Instead, two years ago, he declared his “lawful” name. His goal is to get the Libertarian message outside of the party. Behrman supports 5 of the 6 candidates but didn’t want to disclose the exception.

While the candidates may have different platforms—foreign policy, taxes and national debt—one thing that unites the Libertarian party is the philosophy of “no coercion.”

Robson thinks that many people erroneously believe the party is centrist, but that’s untrue. “We’re more left than left, more right than right,” Robson said. Despite this, Robson said the Libertarian party is growing in California with a 12.5% increase in the previous 10 months.

“We’re not going to win the presidential election this year. But we provided an alternative to the two parties that are, really for the most part, influenced by a lot of corruption,” said Kenneth Brent Olsen, Vice Chair of Libertarian Party of California.

Olsen said the candidate debates will be posted on the party social media pages. The 2020 Libertarian presidential nominee will be decided in Austin May 21-25.