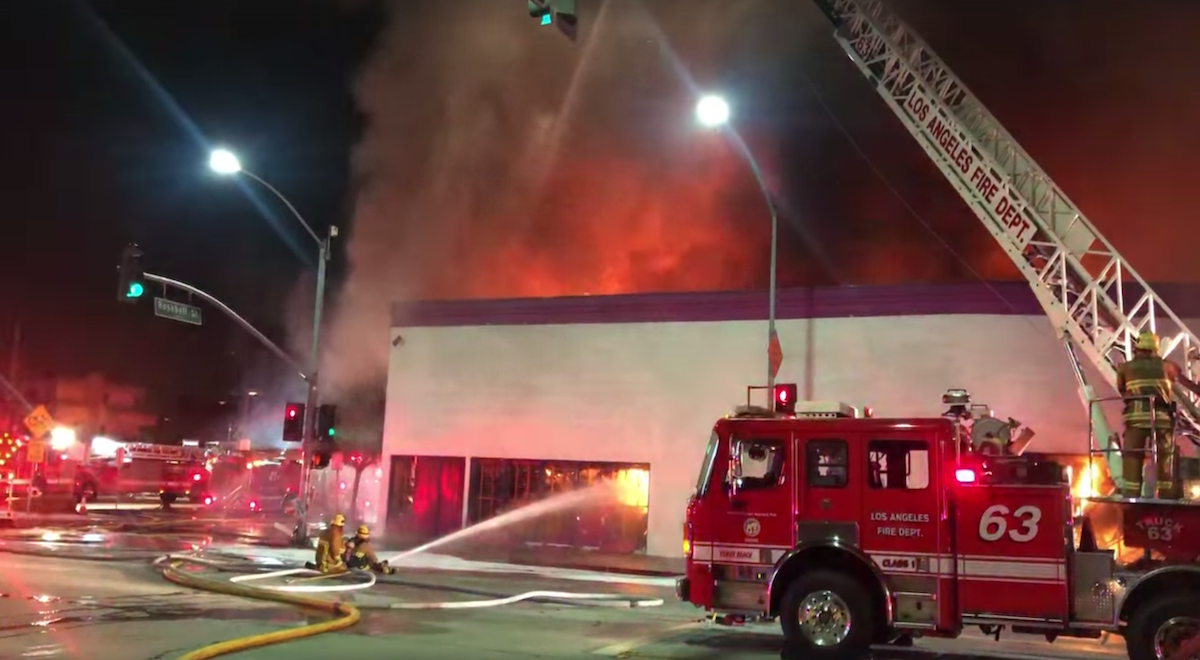 Early Monday morning a persistent fire burned down the 99 Cents Only store in Culver City.

According to the Culver City Fire Department (CCFD) the fire broke out around 1:45 a.m. in the 99 Cents Only Store at 41 Washington Boulevard in Culver City.

CCFD and Los Angeles Fire Department (LAFD) firefighters arrived on the scene soon after the blaze was reported, but encountering heavy flames were forced to retreat.

By dawn, more than 70 firefighters had put out the blaze but the building had collapsed. According to CCPD Captain Daniel Dobbs, the products in the store served as fuel for the fire making it difficult to subdue.

No injuries were reported and the cause of the fire is unknown.