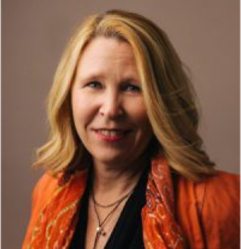 Author Nina B. Lichtenstein will discuss her new book, Sephardic Women’s Voices: Out of North Africa at her exclusive Los Angeles appearance presented in partnership by JIMENA (Jews Indigenous to the Middle East and North Africa) and Jewish Women’s Theatre (JWT) at The Braid in Santa Monica onTuesday, January 9 at 7 p.m.

Lichtenstein, who holds a PhD from the Department of Literatures, Cultures & Languages at the University of Connecticut, will discuss her new book, which Brandeis University Professor Shulamit Reinharz says “should be required reading…because it fills the gap created by our almost exclusive emphasis on Ashkenazi history…The story is fascinating…A masterpiece!”

“In this crucial text, Lichtenstein illuminates the shrouded histories and complicated religious, political, and cultural identities of seven 20th century Sephardic women writers born in Algeria, Morocco, and Tunisia. By placing them in the context of the little-known Jewish world of the Maghreb, Lichtenstein offers valuable perspectives on the Jewish experience of diaspora, memory, identity, and the search for home,” adds Ruth Knafo Setton, author of On the Road to Fez.

Born and raised in Oslo, Norway, Lichtenstein moved to the U.S at age 19 after stops in France and Israel. Her writing, she says, “is a reflection of me:  In it you will find traces of my background, my interests, my esthetics.  I know a thing or two about loss and discovery; being on the outside and coming in, but most of all about being in-between.”

Gina Bublil Waldman, co-founder and president of JIMENA, which is co-sponsoring the evening with Lichtenstein says, “Nina Lichtenstein captures the vibrant voices of Jewish women writers who have lived in Muslim societies, revealing a completely different perspective.”

Maureen Rubin, Emeritus Professor of Journalism at California State University, Northridge and a JWT Advisory Board Member will moderate the event, which will include excerpt readings and lively conversation.

​JWT, recently voted “Best Live Theatre on the Westside” by The Argonaut, stages and displays traditional and contemporary works and educational programming that provide a forum for the development, performance and showcasing of Jewish artistic talent. Now celebrating its 10th Anniversary, JWT’s salon theatre of original dramatic shows, each written to a specific theme, displays the diverse and eclectic community of writers, artists and creators who comprise L.A.’s Jewish women’s community. Learn more about JWT at: www.jewishwomenstheatre.org.