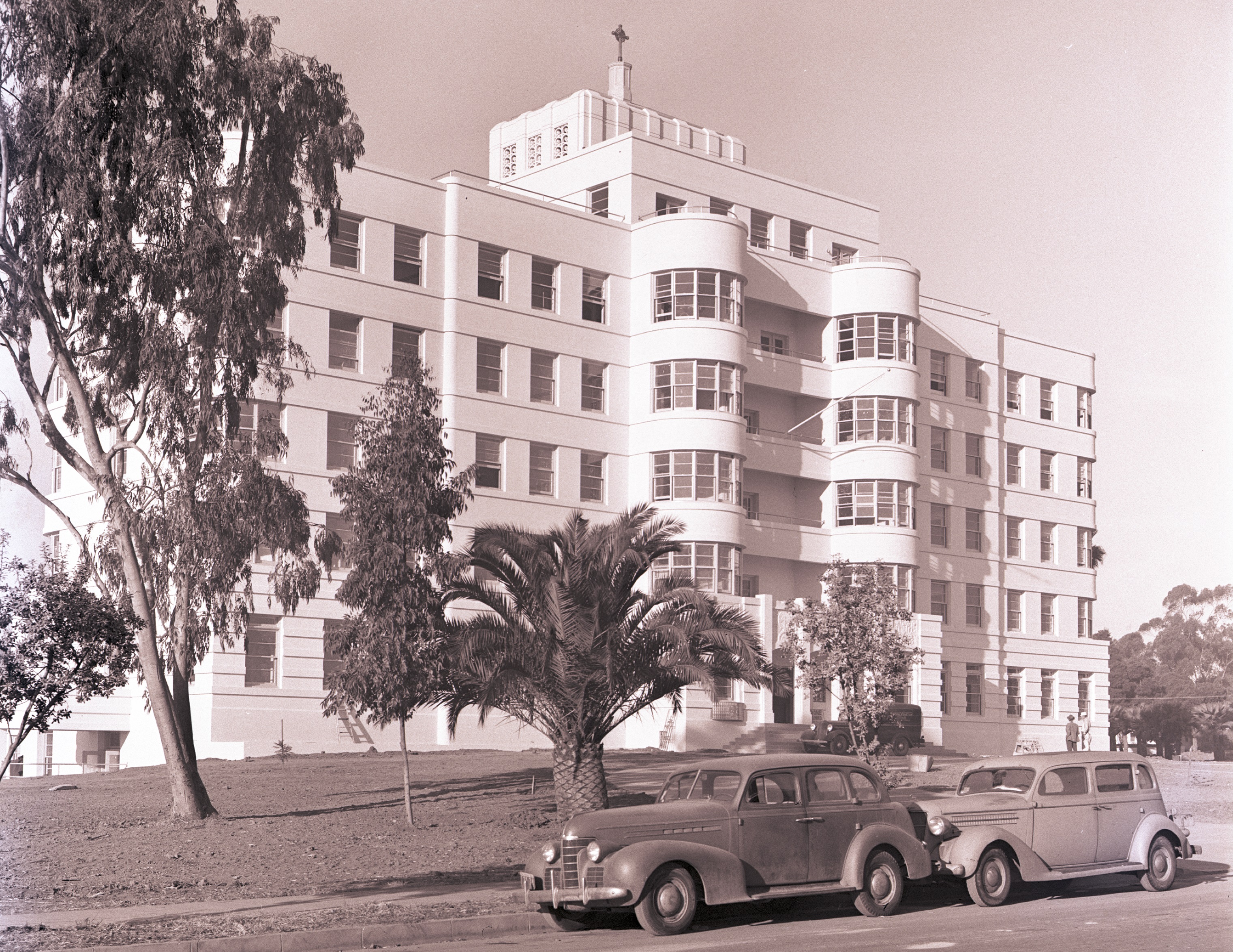 In recognition of the 75th anniversary of Providence Saint John’s Health Center, the Santa Monica History Museum will host an exhibit detailing the Health Center’s founding and development to open on Friday, November 17. The exhibit, Saint John’s Health Center: 75 Years of Healing, Discovery and Service to the Community, will display unique artifacts and photographs from the Center’s archive, which has been carefully tended by the Sisters of Charity since the 1940s. Highlights include the contents of time capsules, the first of
which was interred behind the hospital’s first cornerstone in 1942, as well as original correspondence, photos and artifacts such as a Bing Crosby recording dedicated to Saint John’s.

In 1938, medical professionals from Santa Monica partnered with the Sisters of Charity to build a new hospital. Opening its doors during World War II in October 1942, Saint John’s initially faced challenges due to wartime shortages. The postwar baby boom in the mid-1940s, however, was a blessing to the young facility—earning it the nickname, “Maternity home by the sea.” As it expanded, the hospital consistently recruited leading doctors from a wide variety of specialties and backgrounds. As a nonprofit, fundraising was and continues to be essential for sustaining Saint John’s. Hollywood stars Irene Dunne and Jimmy Stewart, in particular, were integral in sharing news about the wonderful community at Saint John’s and in recruiting additional supporters.

The museum, and this exhibit, are open to the public Tuesdays and Thursdays noon to 8:00 PM, and Wednesdays, Fridays, and Saturdays 10:00 AM to 5:00 PM. The museum is closed Sundays and Mondays.
General admission for adults is $10.00 and $5.00 for seniors &amp; students. Veterans, active-duty military, children 12 and under, and Santa Monica History Museum members receive free admission. Please direct questions to John Klopping, Museum Manager, at (310) 395-2290 or info@santamonicahistory.org.