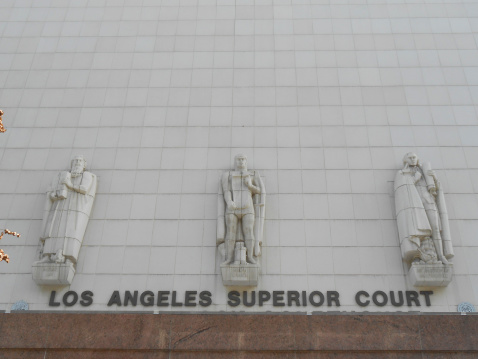 Richard D. Kaplan, of Kaplan Marino, P.C. in Beverly Hills, will be installed as President of the Beverly Hills Bar Association (BHBA) at the organization’s annual Installation and Awards Dinner on Tuesday, September 26, 2017, 5:30 P.M., at the Four Seasons Los Angeles at Beverly Hills.  Kaplan, along with his fellow Board of Governors officers, and the officers of the BHBA Barristers (the newer lawyers’ section of the Bar Association) and the Beverly Hills Bar Foundation (the charitable affiliate of the BHBA) will be sworn in by Los Angeles County Superior Court Judge James N. Bianco.  The guest speaker isPaul Yanover, President of Fandango, an interactive online destination, which is a unit of NBCUniversal, that draws more than 36 million moviegoers who buy tickets and share their passion for movies each month.  In addition, several BHBA awards will be presented to bar members for their outstanding service.

Kaplan is a highly regarded criminal defense attorney in Los Angeles in practice for nearly 30 years.  He regularly handles matters involving fraud, embezzlement and other white collar crimes, but his expertise and skill set also lends itself to more traditional criminal matters such as violent crimes (homicide, robbery, domestic violence and sex crimes), narcotics offenses and alcohol or drug related driving offenses (DUI).  Kaplan’s clients include executives and professionals as well as their children, other family members and friends.  Kaplan has been a member of the Beverly Hills Bar Association since 1988.  In 1993 he received the Lawrence J. Blake award for his distinguished service as President of the BHBA Barristers.  Kaplan is a past chair of the Solo and Small Firm/Law Practice Management Section and the Criminal Law Section.  In addition to his contributions to the BHBA, Kaplan is a member of the American Bar Association, Criminal Courts Bar Association, California Attorneys for Criminal Justice and the National Association of Criminal Defense Lawyers.  In 1996 Kaplan was presented with the Myer Sankary Award for Outstanding Leadership and Dedication for his service to the State Bar of California Executive Committee of the Solo and Small Firm Section.  In 2000, he served as counsel on the Rampart Independent Review Panel.  Since 2006, Kaplan has been recognized annually as a Southern California Super Lawyer in the field of criminal defense.  In 2016, Kaplan Marino was selected by the Los Angeles Daily Journal as a Top 20 Boutique Law Firm in California.

Proceeds from the Installation and Awards Dinner support the educational and community outreach programs of the BHBA.  The mission of the Beverly Hills Bar Association – which has served the Los Angeles region since 1931 and is the fifth largest bar association in California with nearly 5,000 members – is to serve its members, lead the legal profession and advocate for justice in the community.

Tickets to the dinner are $290 per person until September 12 and $315 thereafter.  The Four Seasons Los Angeles at Beverly Hills is located at 300 South Doheny Drive in Los Angeles.  For tickets or information call (310) 601-2422 or visit www.bhba.org.