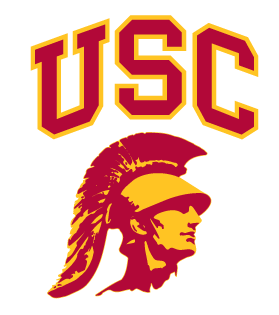 The girlfriend of former USC kicker Matt Boermeester says that the Title IX investigation that led to his removal from the school’s football team was “horrible and unjust” and that he did not assault her as is being claimed.

Zoe Katz, 22, a senior, said in a two-page statement her attorney emailed to The Times that Boermeester “has been falsely accused of conduct involving me.” Her attorney, Kerry L. Steigerwalt, said that USC alleged that Boermeester shoved Katz outside her home.

USC suspended Boermeester in February while the school investigated what it called a “student-conduct issue.”

Mark Schamel, an attorney representing Boermeester, said Boermeester was not permitted to return to USC following the school’s investigation, in which USC alleged that Boermeester assaulted Katz, which both Katz and Boermeester deny.

In the statement, Katz said she and Boermeester have dated for more than a year. The Title IX investigation began, Steigerwalt said, after a neighbor witnessed Boermeester and Katz roughhousing, The Times reported.

The neighbor told his roommate, who told a coach in USC’s athletic department that Boermeester was abusing Katz. The coach then reported the incident to the Title IX office, according to The Times.

Katz said she was summoned to a mandatory meeting with Title IX officials, where she told investigators the two were playing around. Katz was subsequently told that she “must be afraid of Matt,” which she denied.

“When I told the truth about Matt, in repeated interrogations, I was stereotyped and was told I must be a `battered’ woman, and that made me feel demeaned and absurdly profiled,” Katz said. “I understand that domestic violence is a terrible problem, but in no way does that apply to Matt and me.”

A spokesman for USC, in an emailed statement to The Times, said that “the university has concluded its investigation. Student disciplinary records and proceedings regarding any matter of student conduct are confidential and protected by law. Per the registrar, he is no longer enrolled at the university.”