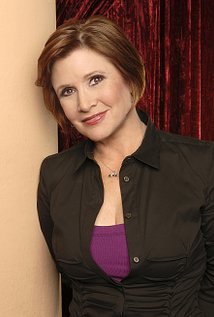 Carrie Fisher says she and Harrison Ford had an affair on the set of the 1977 film “Star Wars.”

“It was Han and Leia during the week, and Carrie and Harrison during the weekend,” the 60-year-old Fisher told People magazine while discussing “The Princess Diarist,” a new book that will soon come out and is based on her diaries from that time.

Fisher was 19 when she landed the role of Princess Leia for the 1976 filming. Ford, 33, was married to Mary Marquardt, with whom he had two children. Ford and Marquardt were married from 1964 to 1979. He is now married to Calista Flockart.

Fisher and Ford spent their first night together after a birthday party for director George Lucas, Fisher writes.