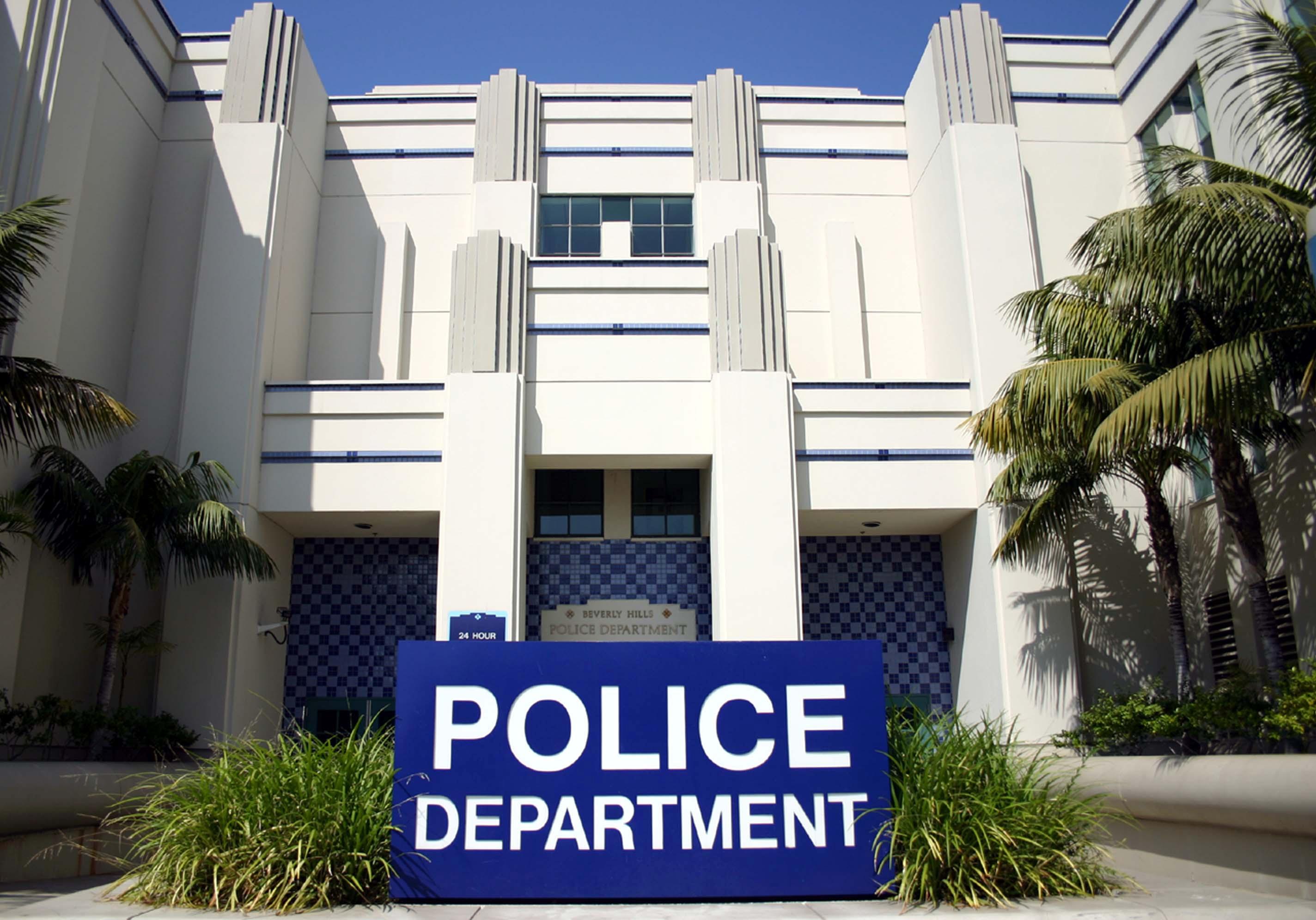 LOS ANGELES (CNS) – An overflow crowd packed the city Police Commission meeting today as the panel prepared to review the 2015 fatal police shooting of an allegedly knife-wielding woman, with hundreds of protesters who were unable to get in the room gathering outside LAPD headquarters.

Just as the meeting began, it had to be halted when a woman in the crowd began speaking out as Chief Charlie Beck tried to address the panel. A group of officers surrounded the woman, who appeared to be videotaping the action on her cell phone as she continued shouting at Beck and accusing police of killing Redel Jones, who died in the 2015 officer-involved shooting set to be reviewed by the commission.

The woman was eventually escorted out of the room. There was also a scuffle in the room earlier involving Jones’ husband and another member of the audience.

Outside the Police Administration Building, as some people chanted behind barricades put in place by police, one man used chalk to write on the sidewalk that Los Angeles Police Department officers have killed one person per week since 2000. Another held a sign reading, “In America every riot was caused by police. Cops need testing nationwide.”

Police officers stood watch nearby, but by mid-morning, the gathering had remained peaceful.

Back inside, with order restored in the meeting room, Beck said police shootings this year are down 30 percent compared to last year, saying it’s an indication that officers are “doing a better job of regulating themselves.”

The commission then began hearing public comment from the audience, including Black Lives Matter members, one of whom even disparaged a much- publicized meeting last week between Beck, Mayor Eric Garcetti and rappers Snoop Dogg and The Game — billed as an effort to open a dialogue between police and the black community.

Later in its meeting, the commission is expected to convene behind closed doors to review the Aug. 12, 2015, fatal shooting of Jones, 30, in the 4100 block of Marlton Avenue. She was shot be police responding to a call of a pharmacy robbery in the 3700 block of Santa Rosalia Drive.

Police said officers saw a woman matching the description of the suspect in an alley west of Marlton Avenue, and the shooting occurred when officers tried to detain her. Police said the woman was armed with a knife, and that a knife was recovered at the scene.

According to an internal LAPD report obtained by the Los Angeles Times, officers were chasing Jones in the alley when they saw her pull out a large knife. The officers allegedly ordered Jones to drop the knife, but she continued to run, the newspaper reported.

When Jones “suddenly stopped and turned toward the officers,” the report said, one of the officers used his Taser, which didn’t seem to affect her, according to the report, which also said that money and a robbery demand note were found in Jones’ clothing and knife was near her body.

A woman named Courtyana Franklin told the paper, however, that she witnessed the shooting in the side-view mirror of her car, and she insisted Jones was running away from officers when she was shot, not advancing on them.

The LAPD officer who shot Jones has been identified as Brett Ramirez, who has been with the department for about four years.

Tensions between police and the black community have been running high following two fatal shootings by police in the past week — of Alton Sterling in Baton Rouge, Louisiana, and Philando Castile in Falcon Heights, Minnesota. The tensions escalated into last week’s sniper shootings during a protest in Dallas, killing five police officers.