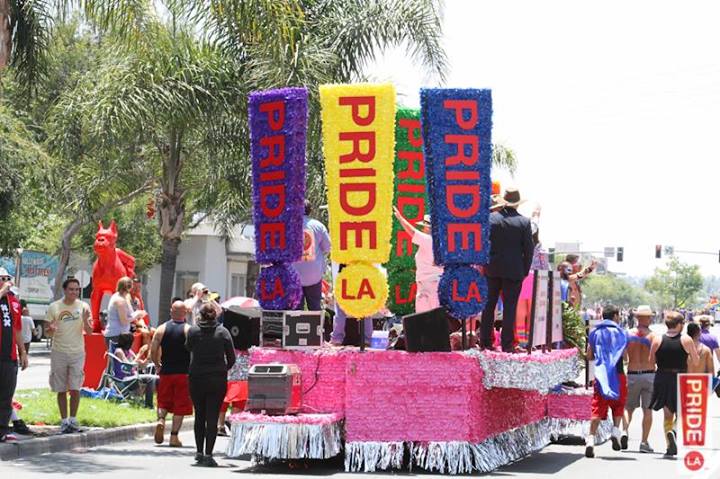 An Indiana man who was bound for the LA Pride parade in West Hollywood and was allegedly carrying weapons, ammunition and bomb- making materials in his car when he was arrested in Santa Monica was expected to appear in court today on state charges.

Jane Robison of the District Attorney’s Office said prosecutors were in the process of filing charges against James Wesley Howell, 20, who was arrested around 5 a.m. Sunday in the 1700 block of 11th Street, near Olympic Boulevard — hours after the mass shooting at a gay nightclub in Orlando, Florida, left 49 people and the gunman dead.

“We anticipate he will be arraigned or at least make an appearance at Airport Court sometime today on state charges,” Robison said, saying it was unclear exactly when charges would be filed and the court hearing would be.

Wesley was being held in lieu of $500,000 bail on suspicion of weapons and explosives possession.

Police said Howell was found sitting in his car when officers responded to a report of a man knocking on a resident’s door and window.

Officers examining Howell’s white Acura sedan with Indiana license plates recovered three assault rifles, high capacity magazines and ammunition along with a 5-gallon bucket with chemicals that could have been used to make an improvised explosive device, police said. The sheriff’s department bomb squad was called to help make sure the vehicle and area were safe, police said.

Howell told police he was planning to attend the 46th annual LA Pride Parade and Festival in West Hollywood, but made no reference to doing harm there, according to Santa Monica police Lt. Saul Rodriguez.

“He did not make any additional statements saying he was going to do anything further than” attend the event, Rodriguez said. Police said Howell and his car were found about seven miles from the event, police said.

Santa Monica Police Chief Jacqueline Seabrooks and Rodriguez said there was no known connection between Howell and the overnight mass-shooting in Orlando, Florida, where 49 people were killed and 53 wounded in the nation’s worst mass shooting.

Security was increased at Sunday’s LA Pride festival as a result of the Orlando massacre and Howell’s arrest, said Lt. Vance Duffy of the West Hollywood Sheriff’s Station. Santa Monica police and the FBI were continuing to investigate the case.

Howell was arrested less than a year ago for allegedly pointing a gun at his neighbors, according to the Los Angeles Times, which cited Indiana court records. He was charged in October with felony intimidation and pointing a firearm at another person.

On April 19, Howell accepted a deal in which he pleaded guilty to misdemeanor intimidation, was sentenced to a year in state prison but was placed on probation, the newspaper reported. Howell agreed to forfeit all weapons during probation.

Authorities in the Southland have been trying to determine Howell’s intentions.

Joseph Greeson, 18, a friend of Howell’s and a fellow car club member, said Howell didn’t harbor any ill will toward gays or lesbians and that he is bisexual, The Times reported.

On Monday, the Walt Disney Co. announced that it had increased security at its theme parks.

“Unfortunately we’ve all been living in a world of uncertainty, and during this time we have increased our security measures across our properties, adding such visible safeguards as magnetometers, additional canine units, and law enforcement officers on site, as well as less visible systems that employ state-of-the-art security technologies,” Disney spokeswoman Jacquee Wahler said in a statement.