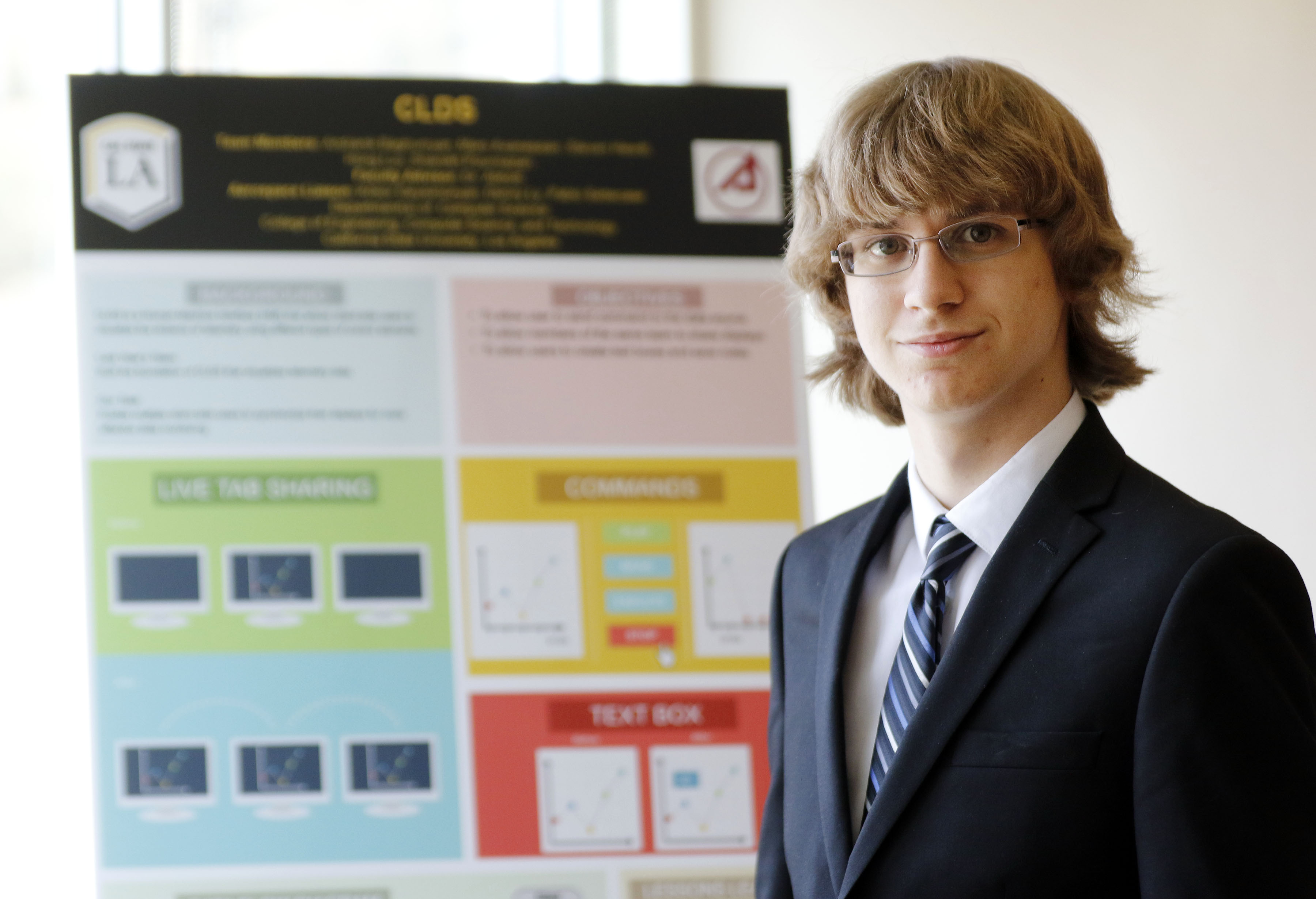 Los Angeles, CA — Steven Hewitt, a 17-year-old from West Los Angeles, is the youngest graduating student in Cal State LA’s Class of 2016. He will receive a bachelor’s degree in computer science with honors during Cal State LA’s Commencement on Friday, June 10.

“My previous involvement with FIRST LEGO League (FLL) robotics team inspired my interest in computer science,” said Hewitt. “From FLL, I wanted to help inspire other kids, especially underrepresented minorities, to pursue education and careers fields in STEM.  That is why, in addition to pursuing computer science as my undergraduate degree, I chose to get involved in helping to mentor a team of young Latino students in my community.”

Hewitt was 14 years old when he was admitted to Cal State LA through the Early Entrance Program (EEP), which is administered by the University’s Honors College. The program admits extraordinarily gifted students as young as 11 years old to Cal State LA, providing them with monitored evaluation, regular counseling sessions and the opportunity to study with like-minded peers.

Hewitt is among 19 EEP students receiving baccalaureate degrees this year.

“I appreciate Cal State LA for providing me the privilege of completing my undergraduate degree at an early age,” said Hewitt. “It [has been] exciting to be surrounded by an entire community of young individuals who want to challenge themselves at the highest academic levels.”

At Cal State LA, Hewitt has participated in the Fight the Ladykiller Codeathon, sponsored by the Clinton Foundation, the Women’s Heart Alliance and Cal State LA’s Mind Matters Initiative. A Dean’s List student, he is a member of the Golden Key International Honour Society and the Phi Kappa Phi Honor Society. He is also a member of the EEP Club and a volunteer tutor for EEP.

Hewitt’s honors include the University’s Department of Computer Science’s 2016 Outstanding Senior of the Year Award, an Electrical Engineer and Computer Science Excellence Award from UC Berkeley, and state and national honors for music composition.  He also received the Most Creative Project Award and second-place honor at the GE CSU Predix Innovation Challenge

“One of the most recent memorable experiences at Cal State LA was working among other awesome computer science seniors to develop a product for the GE Predix competition,” said Hewitt. “This project allowed me to gain new experience as we combined computer science and electrical engineering to develop the Alternative Energy Solutions Kit.  It was also pretty exciting to take home part of the prize money for our team.”