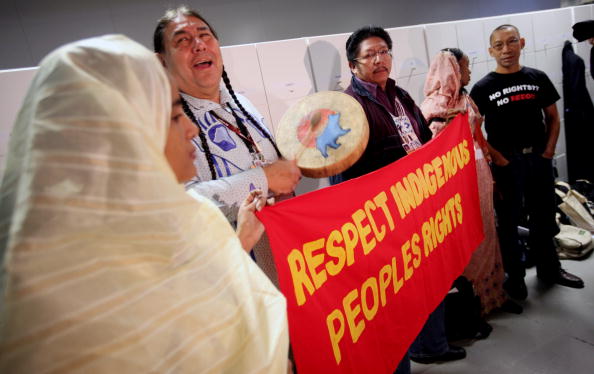 A City Council committee is scheduled to take up a proposal to establish Indigenous Peoples Day as a holiday in Los Angeles.

The Arts, Parks and River Committee will discuss a motion introduced by Councilman Mitch O’Farrell  — who is part Native American — that calls for setting aside a day each year to recognize the history, culture and achievements of indigenous peoples.

Indigenous Peoples Day has typically been adopted in other cities as part of a wider movement to criticize the celebration of Columbus Day, which falls on the second Mondays of October.

Other cities have chosen to stop celebrating Columbus Day in favor of using the day to focus on Native Americans instead, but O’Farrell left his motion open to potentially allow both holidays to have their own days.

Critics of Columbus Day say the holiday’s namesake is undeserving of the recognition, arguing that when Columbus landed on the American continents, millions of people had already been living on there and his arrival eventually led to many of those people being enslaved or their populations thinned.

O’Farrell, whose father is Irish American and his mother a member of the Wyandotte Nation tribe, said he grew up hearing teachers describing Columbus as a “great man.” But over the years, it has become “less acceptable to really even mention his name in a positive light,” he said.

While O’Farrell was strongly critical of Columbus Day, he would not say if he would go as far as ending its observance in Los Angeles.

His motion only calls for the City Administrative Officer to report back on creating the holiday, and asks the Los Angeles Human Relations Commission to report on the “historical importance and cultural impact” of establishing a “legal city holiday” recognizing indigenous peoples, and does not suggest the annual observance day be replaced.

The idea of renaming Columbus Day as Indigenous Peoples Day faces some resistance from O’Farrell’s colleagues. Councilman Joe Buscaino, who is Italian American, said in a statement that for families like his, “who immigrated to the United States, Columbus Day celebrates a commitment to cross an ocean and a border and start a new life in the new world.”

O’Farrell told City News Service that he is aware that some Italian Americans may have attachments to the holiday, but there are other better ways to celebrate Italian culture, arts, food and contributions.

“There is a complete disconnect and separation from any of that to Christopher Columbus,” he said.

For some Native Americans who attended the City Hall heritage month event, the holiday would bring more attention to a population that is often ignored. Navajo tribe member Glenn Talley noted that a day like an Indigenous Peoples Day would “straighten out some of the issues of the past.”