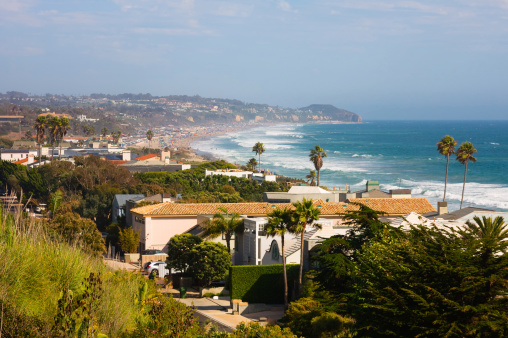 Residents along the expensive crescent of rocks called Broad Beach in Malibu will be allowed to spend $31 million of their own money to truck in more than 2,000 truckloads of sand, a split California Coastal Commission decided Friday.

By a 7-5 vote, the commission approved plans to place more than 300,000 cubic yards of sand from quarries in Ventura County, near Fillmore, on Broad Beach to replace sand that has washed away over the past decade.

Homeowners have created their own tax district to pay for the project, which has already cost them about $5 million for engineering, lawyers and fees over the past five years. Residents along the beach approved the mandatory fee on themselves by a 90 percent yes vote.

But as amended by the commission at its meeting in Long Beach, 100 percent of the 86 homeowners along Broad Beach will have to sign over property rights to the top of the sand dunes that will be built along the mile-long beach. The tax district does not have the legal power to force such a move, and homeowners have said that may be an insurmountable problem.

“I’m sympathetic with the homeowners, but living next to the ocean, they have a responsibility” to accept public access next to their houses, said commissioner Mary Shallenberger.

Commissioners debated for several hours about the wisdom of replacing the washed-out beach, at a time ocean levels are inching upward.

“It is an experiment,” said commissioner Dayna Bochco. “But I feel that, as a a local who is familiar with this beach, something has to be done.”

Commission staff had written in a report that the sand-replacement project and emergency rock wall would be necessary to protect septic tanks along Broad Beach, but concluded the septic tanks should be replaced by a sewer.

Scientists also suggested that the houses — some owned by movie stars — may have to be “redeveloped,” or torn down and rebuilt atop cement poles at a higher elevation.

Bochco said it made no sense at this time to require all of the houses along Broad Beach to be redeveloped.

“Maybe the ocean will dictate that on its own some day, but I don’t think its in our purview to demand that right now,” she said.

The commission ruled that an emergency rock wall, which was erected to protect houses where the beach used to be in 2010, will be moved inland, up to 40 feet. The rocks will be covered with sand from the quarries, sand dune habitat will be sculpted atop the rocks and a sloping public beach will extend out to sea.

Under the plan, the homeowners will be required to hire trucks to reclaim sand that washes down the coast, toward Zuma, at their expense. And in five years, more sand might have to be trucked in, also at their expense.

Homeowners have pledged they will never again challenge members of the general public who use the renewed beach in front of their homes. In 2003, some people in the same neighborhood ousted a Coastal Commission member — sitting on what she knew to be public sand — with an armed security guard.

But the homeowners “have turned a new leaf” and are proposing to fund the creation of a public beach — in front of their houses, open to the public at their expense, said their attorney, Kenneth Ehrlich.

The Broad Beach homeowners also committed themselves to building a sewage treatment plant at Trancas, to replace their septic tanks next to the beach, over the next few years.