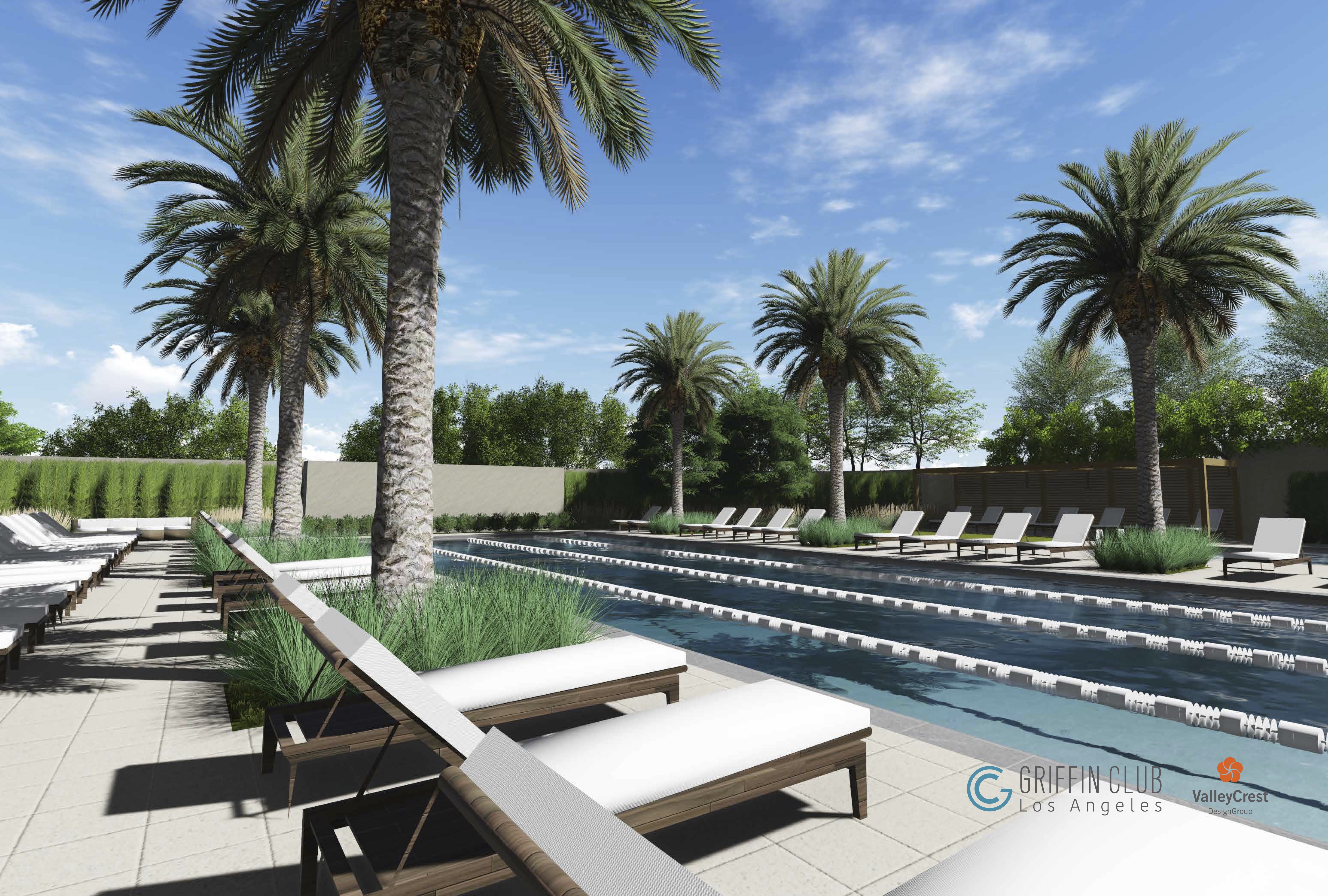 Guests sauntered down Motor Ave. Thursday for a luxe, private event at the Griffin Club  – formerly the almost 90-year-old Beverly Hills Country Club – to celebrate the rebirth of the Golden Age club and preview a sneak peek of the pool and landscape renovations, before actual improvements begin later this year.

With renovations expected to cost in excess of $10 million to include the clubhouse, pool and surrounding areas, and overall landscaping, the Griffin Club is positioning itself as one of the finest social and athletic club in Los Angeles.

The Griffin Club Los Angeles renovation will be completed in phases and is scheduled to be fully complete in late 2016.

Singerman Real Estate and Meriwether Companies bought the four-acre property in May and have kept a steady re-design campaign with an aesthetic bent on bringing a fresh, contemporary look and feel to the iconic club.

Colorado-based CCY Architects leads the architectural design, while Creative Resource Associates, a Los Angeles design firm, is responsible for the interior design and furnishings of the renovated clubhouse. Valley Crest, headquartered in nearby Calabasas, is leading the design for the new pool area and landscape.

This was the first joint venture between Singerman Real Estate, a Chicago-based investment firm and majority owner, and Meriwether Cos., a hospitality and resort development firm that also manages clubs in Texas and Colorado. Meriwether Cos. is responsible for day-to-day club operations and remodeling.

After pursuing the club for a couple years, the new owners were eager for their first acquisition in Los Angeles from Gene Axelrod’s L.A. Partners, which has owned the property since 1985.

Though property will undergo complete renovations, the new owners’ ultimate goal is to build on its destination as a friends and family scene.

“We really want people to come here not just to exercise or play tennis but to come here to do those things and then socialize with friends or have dinner or host private events here,” Meriwether Cos. Managing Partner Graham Culp told Century City News in May.

Apart from amplifying the family and social programming, Culp also was proud to announce the hiring of Teresa MacPherson as food and beverage director, adding that it was important to them to improve that part of the club.

The owners said that they intend to keep membership dues the same until they can make significant improvements.

The rich pedigree of the Beverly Hills Country Club dates back to 1926 when Elmer Griffin, uncle of celebrity businessman Merv Griffin, sought out a place where Twentieth Century Fox and MGM executives could meet, socialize, conduct business, and play tennis.

At the time, other clubs would not admit entertainers, and it quickly became a haven for those in the entertainment industry.

Today, with about 1,500 members, the club boasts a more diverse affiliation, including celebrities, athletes, and executives.

The 34,000 square-foot clubhouse sits on four acres near the Santa Monica Freeway south of Century City. Amenities include ten-lighted championship tennis courts, dining, and social facilities, a gym with personal fitness, and classes and an aquatic center with a Junior Olympic heated swimming pool and two others.

The Beverly Hills Country Club is located at 3084 Motor Ave. For more information, including how to join, visit www.griffinclubla.com.