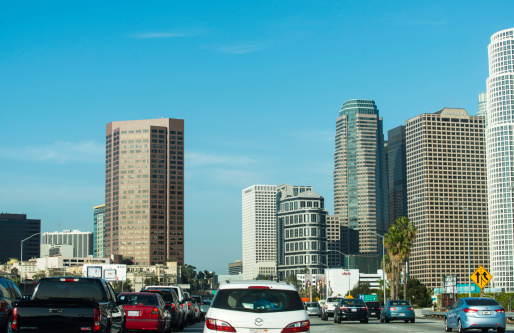 Activists will gather at the construction site of a downtown apartment project today to call for greater job opportunities for black workers, especially through more and better enforced labor agreements aimed at increasing diversity in hiring.

Members of the Los Angeles Black Worker Center will form a prayer circle at the Hanover Company’s 1000 Grand Avenue construction site to call attention to the lack of black workers on the project.

Just 4 percent of workers on the project are black, even though the Hanover Co. has received subsidies from the city, according to the group.

The findings are from the latest of a series of quarterly reports the Black Worker Center plans to release as a way of helping the city and public officials enforce pro-diversity hiring policies.

Lola Smallwood-Cuevas, the center’s founder, said the reports and other efforts to monitor hiring practices represent community efforts that arose out of an absence of stronger enforcement.

“We shouldn’t be monitoring this — it should be the city,” she said.

She said the Los Angeles Black Worker Center looked at hiring data on three Metro projects, including the Crenshaw Line extension to LAX, and deployed volunteers with construction experience to chronicle the demographic makeup of workers at the 1000 Grand Avenue project site.

Diversity at the Crenshaw Line project sites were especially important because it is being built in areas where communities are between 60 to 80 percent black, Smallwood-Cuevas said.

The group said it considers the Crenshaw Line job site diverse if its has 25 percent black workers, while the threshold for other job sites across city is about 10 percent.

The Black Worker Center report sites stubbornly dismal job prospects for blacks nationally, with twice as many blacks out of jobs as whites, which is no better than it was in 1963.

In Los Angeles, the unemployment rate for blacks is 18 percent, while one third of blacks earn less than $12 per hour, according to the report.

The group’s members will also gather at a City Hall news conference later in the morning to talk about their report. They will be joined by labor representatives from the Coalition for Responsible and Equitable Economic Development (CREED), NAACP Beverly Hills/Hollywood, SEIU Local 721, SCOPE and LA CAN.