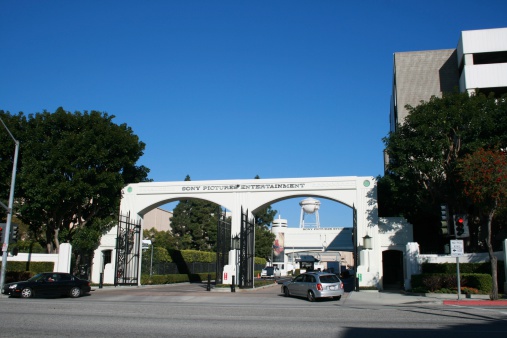 Three months after a hacking attack crippled the studio and made public sometimes-embarrassing email exchanges among company executives, Sony Pictures Entertainment announced today that co-chair Amy Pascal was leaving her position, but she will remain with the studio in a major production role.

Pascal, who came under fire for some of the remarks she made in emails that were released online following the cyber-attack, will remain based at the Sony lot in Culver City.

“I have spent almost my entire professional life at Sony Pictures and I am energized to be starting this new chapter based at the company I call home,” Pascal said. “I have always wanted to be a producer. (Sony Entertainment CEO Michael Lynton) and I have been talking about this transition for quite some time and I am grateful to him for giving me the opportunity to pursue my long-held dream and for providing unparalleled support.

“As the slate for the next two years has come together, it felt like the right time to transition into this new role,” she said. “I am so grateful to my team, some of whom I have worked  with for the last 20 years and others who have joined  more recently. I am leaving the studio in great hands. I am so proud of what we have all done together and I look forward to a whole lot more.”

Pascal found herself at the center of a Hollywood firestorm when the cyber-attack occurred last fall, exposing internal communications that included emails from Pascal criticizing performers such as Angelina Jolie. She also had an email exchange with producer Scott Rudin questioning the film preferences of President Barack Obama.

Federal investigators have blamed North Korea for the attack, which was believed to be in retribution for the studio’s production of the film “The Interview,” a dark comedy about an assassination effort on North Korean dictator Kim Jong-un.

Sony initially canceled the planned December release of the film, but after the decision was criticized by celebrities and even Obama, the film was eventually released in a limited number of theaters, along on video-streaming services such as YouTube and eventually Netflix.

“The studio’s legacy is due in large part to Amy’s passion for storytelling and love of this industry,” Lynton said. “I am delighted that Amy will be continuing her association with SPE through this new venture, which capitalizes on her extraordinary talents.”

Lynton also praised her “resilience and grace” during the hacking scandal.