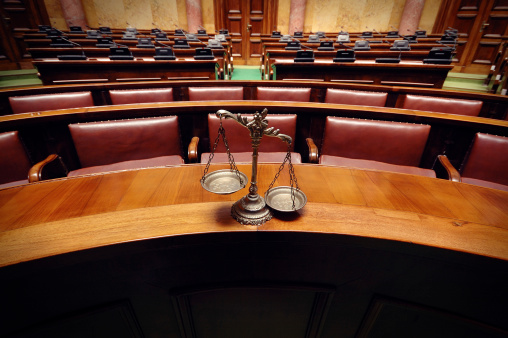 A judge today denied a motion by attorneys for the estate of Michael Jackson to dismiss the King of Pop as an unnamed defendant in a lawsuit filed by a choreographer who alleges the late singer sexually abused him as a child.

However, Beckloff said lawyers for Robson will have to shore up the civil complaint in general for it to move forward. The judge said the case appears to be implying negligence, but that no such specific allegation is made in the complaint.

“I think there needs to be more facts or else it’s uncertain,” Beckloff said.

“One can always improve upon work that’s been done in the past,” she said.

Beckloff said attorneys on both sides have filed court papers with a solid level of support for their arguments that he does not always see from other lawyers.

Robson, who has worked with such luminaries as Britney Spears and Usher, has filed both civil and probate court actions. The civil suit was filed in June 2013 and names two Jackson companies as well as “Doe 1” as defendants.

In their court papers, lawyers for the estate say it is clear that “Doe 1” is Jackson himself and that a judge does not have jurisdiction over a deceased person or the ability to enter a judgment against him.

But in an email to Jackson estate attorney Jonathan Steinsapir, a copy of which is attached to the estate’s court papers, Marzano states that Jackson is being left as Doe 1 in the civil case for tactical reasons.

“We are well aware that any claims against Michael Jackson need to be made against the estate,” Marzano wrote. “Having said that, we are reluctant to dismiss the Doe 1 defendant given the possible adverse effect a dismissal may have on our pleadings in discovery.”

Robson, 32, still needs a judge’s permission to file the probate court claim because it was brought in May 2013, nearly four years after the entertainer’s overdose death at age 50 on June 25, 2009.

Robson alleges Jackson molested him between 1990-97, though he testified in the singer’s 2005 child molestation trial that the pop star did not sexually molest him. Jackson was acquitted on all charges in his 2005 trial. He settled out of court in 1994 another claim in which he was accused of sexually abusing a 13-year-old boy.