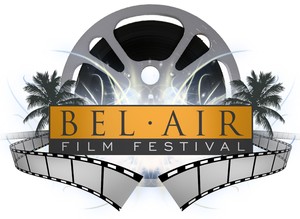 The festival will screen the official red carpet Los Angeles Premiere and after party for the feature film, JUST BEFORE I GO, directed by Courteney Cox, starring Seann William Scott, Olivia Thirlby, Garret Dillahunt, Kate Walsh, and Evan Ross. The synopsis is a story about being on the verge of giving up on life, and the lead played by William Scott, travels to his hometown to make amends. The evening will also debut the Los Angeles Premiere for the short film, I’LL BE HOME SOON, directed by James Everett, starring Mouna Albakry, Agata Buzek and Okorie Chukwa.

Tippi Hedren will be recognized for her dedication in film an honored with the festival’s, Lifetime Achievement Award. Miss. Hedren stars in the Los Angeles Premiere of HAPPY HANDS, screening at this year’s festival. The film is a documentary about how she helped to create the Vietnam nail salon industry in the United States.

Emily Ferry, the first woman to be an I.A.T.S.E. Property Master in Hollywood will be honored with the festival’s Leadership in Cinema Award. Miss Ferry, a leader among film professionals, has worked on numerous Oscar-nominated and Oscar-winning projects. Most notably, she is known for her work on MEMOIRS OF GEISHA, MATILDA, GATTACA, ED WOOD, and HOW THE GRINCH STIOLE CHRISTMAS.

An expert film panel entitled EVERYTHING YOU NEED FOR AN AWARD WINNING CROWDFUNDING CAMPAIGN, with producers of the upcoming feature film, ROAD HARD, Adam Carolla, Nate Adams, and Kelly Carter will be held at a private venue and moderated by Cherylyn LeBon, a Washington D.C. based commentator and lawyer. The world premiere trailer for ROAD HARD starring Adam Carolla, Diane Farr, Jay Mohr, David Koechner, Howie Mandel, Larry Miller and David Alan Grier. Road Hard is about a stand-up comedian whose movie and sitcom deals have dried up so he heads back out on the road to discover his love of stand up.

Winners of the festival will be announced on Sunday, October 12th at 4pm in a closing awards ceremony at the Jon Lovitz Comedy Club hosted by comedian and actress Jill-Michele Melean (MAD TV/RENO 911).

WARREN: Los Angeles Premiere
Starring Alex Beh, Andrew Santino, Austin Stowell After giving up on his dream of making it in the Chicago improv scene, a young comedian fatefully reconnects with the former love of his life one brisk September night while working at a coffee shop in his hometown.
Writer: Alex Beh Director: Alex Beh

BLACKBIRD: Los Angeles Premiere
Starring Connor Jessup, Alexia Fast, Michael Buie A rebellious teenager, falsely accused of planning a school massacre, must survive a harrowing conflict with a prison gang leader while he attempts to prove his innocence to the community and those closest to him.
Producer: Marc Almon, Jason Buxton, David Miller Director: Jason Buxton

THE ALGERIAN
Starring Ben Youcef, Candice Coke, Giovanni Zelko The Algerian is an international political thriller about the colliding worlds of the Middle East and America. It follows Ali (Ben Youcef), a Muslim sleeper cell from Algeria who is part of a plot to harm America.
Writer: Giovanni Zelko Director: Giovanni Zelko

FINDING GASTON: Los Angeles Premiere
Staring Gaston Acurio
There are many great chefs around the world. Only one is considered to be a National hero. Meet chef Gaston Acurio and follow him in a journey to find out the stories, the inspirations and the dreams behind the man that has taken his cuisine outside the kitchen in a mission to change his country with food.
Writer: Julia Patricia Perez Director: Julia Patricia Perez

ANGEL AZUL: Los Angeles
Starring Cast: Jason DeCaire’s Taylor, Charlie Brown, Donna Barwick Through the hauntingly beautiful lure of Jason deCaire’s Taylor’s underwater life-like statues we witness the birth of an artificial coral reef, learn how we are inextricably connected to the ocean, and are left to consider how are choices will determine what we leave to future generations.
Writer: Marcelina Cravat Director: Marcelina Cravat

A2E Family Partnership Mission Statement:
A2E Family Partnership was formed in 2004 to encourage and support the performing arts, education and sciences. From these fields, the organization selects both innovative projects and established works of excellence to promote for public inspiration.