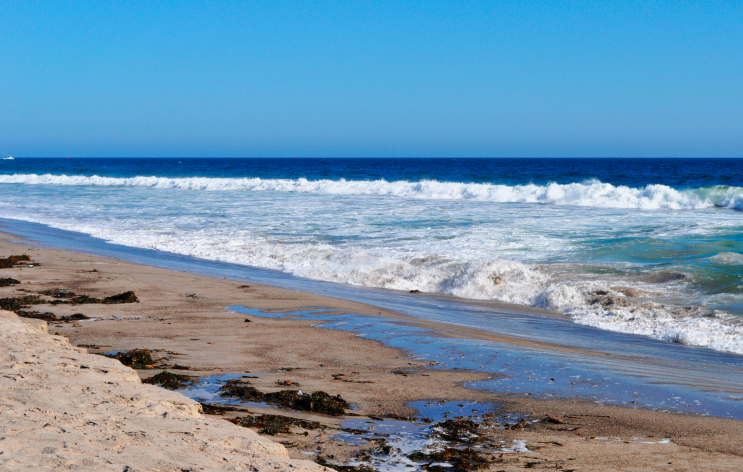 Parking was hard to find at Surfrider and Zuma beaches in Malibu today, as perfect waves from a second late-summer Mexican hurricane drew thousands of surfers.

One popular break at Palos Verdes was closed to all surfers today, and massive berms were again scooped up by bulldozers at Seal Beach, in a so-far successful effort to stem the tides.

Today’s waves from 800-mile distant Hurricane Norbert were not as massive as last week’s breakers from Hurricane Marie, meaning more surfers were in the local lineups.

Campers and Vanagons were parked all night on PCH at the Malibu Pier overnight, and surfer vans and sedans with racks were double-parked at sunrise.All the free parking along PCH at Zuma Beach had been grabbed by 7 a.m., and that two-mile strand was observed flecked with hundreds of surfers slicing 10-foot breakers.

Other Southland beaches were also seeing huge waves, but this morning’s 4.6 foot minor high tide did not cause any flooding at low-lying Seal Beach.

The city’s marine safety officer, Nick Bolin, said crews again “built a sand berm, 4-feet high, half a mile long, on the east side of the beach. We have city crews on standby.”

Bolin said the berm extends from from the pier to Dolphin Street.

“There are sandbags in the parking lot. we’re not anticipating any floods,” he told City News Service. “The surf is only two to three feet.”

High waves were not a factor at west-facing Redondo Beach, were a 21-year-old man went missing during a 3:30 a.m. swim.

The next major high tide, at 8:07 p.m. tonight, will see water levels about 6.2 feet above the normal sea level, according to forecasters.

The National Weather Service called for waves between 4-7 feet high, with occasional sets up to 10 feet, on south-facing beaches.

Water temperatures were between 66 and 73 degrees.