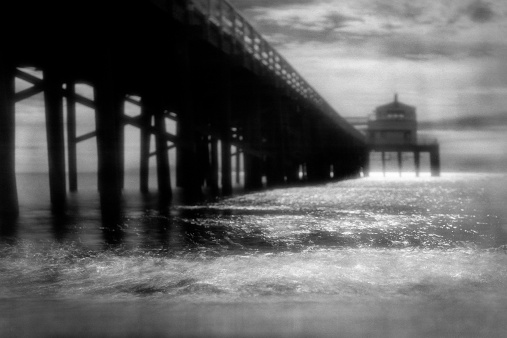 A beach area east of the Malibu Pier was named one of the most consistently polluted in the nation, while the ocean along a Newport Beach stretch of sand was dubbed a “superstar” for traditionally meeting national standards, according to a report released today by the Natural Resources Defense Council (NRDC).

The beach 50 yards east of the Malibu Pier made the NRDC’s list of “repeat offenders” for exceeding acceptable pollution levels more than 25 percent of the time over the past four years. The NRDC noted in its report that while such a level “is a clear indication of contaminated coastal recreational waters,” it is not necessarily a sign of poor water quality monitoring.

“For example, many states always or almost always close a beach or issue an advisory when a sample exceeds the recommended standard,” according to the report. “Similarly, states commonly will prioritize monitoring near suspected pollution sources, which can lead to higher exceedance rates, identifying locations with high contamination levels is a responsible practice that helps local authorities protect swimmers from exposure to pathogens.”

On the opposite end of the spectrum, Newport Beach at 38th Street was labeled a beach “superstar” that generally met national standards over the past four years. The list of “superstar” locations included 35 beaches in 14 states.

Overall, the report ranked California 11th out of 30 states in terms of beach water quality. It identified Cabrillo Beach in San Pedro and Newport Bay at the Newport Boulevard Bridge as having the highest rates of exceeding acceptable pollution levels in 2013.

The NRDC’s analysis of 3,485 beaches across the country “`found that 10 percent of all monitoring samples exceeded the Environmental Protection Agency’s most protective benchmark for assessing swimmer safety, known as the Beach Action Value, or BAV.”

Those findings were essentially unchanged from the previous year, according to the NRDC.

“The EPA has estimated that up to 3.5 million people become ill from contact with raw sewage from sanitary sewer overflows each year,” according to the report. “Many public health experts believe the number of illnesses caused by untreated sewage and other beach pollution sources may be much higher than is currently recognized because people who get sick from swimming in polluted recreational waters are not always aware of the cause of their illness and do not report it to doctors or local health officials.”

Illnesses associated with polluted water include stomach flu, rashes, pinkeye, respiratory infections, meningitis and hepatitis, according to the NRDC.