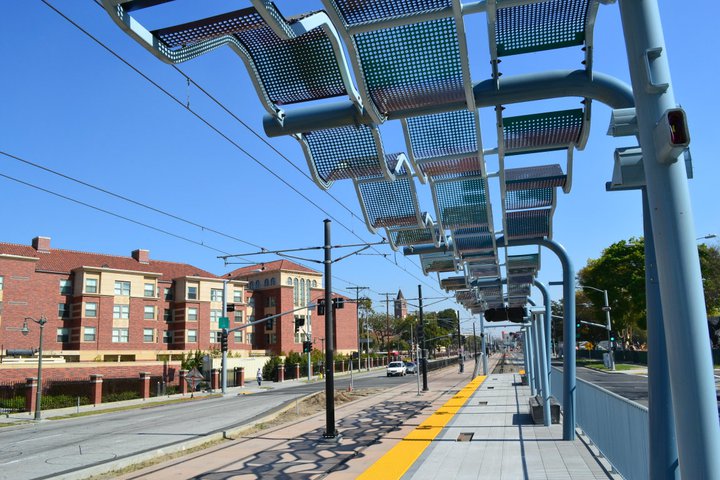 The Metro Expo Line extension from Culver City to Santa Monica is getting closer to completion, with Metro announcing Tuesday the route will open for business sometime in May.

An exact opening date has not yet been set.

The 6.6-mile, $1.5 billion project will extend the Expo Line from its current terminus near Venice and Robertson boulevards in Culver City to a station at Colorado Boulevard and Fourth Street in downtown Santa Monica. The extension includes seven new stations, including stops in Palms, West Los Angeles and the area just north of Santa Monica College.

Train testing on the tracks has been going on since last summer, and it is expected to continue until the tracks open for business — meaning potential delays for motorists as Metro tests rail crossing barriers as well as the trains themselves.

When the extension is opened, the Expo Line will stretch from Santa Monica to downtown Los Angeles, ending at the Seventh Street/Metro Center Station at Seventh and Flower Streets. Riders at that station can connect with the Blue, Red and Purple lines, taking them to Long Beach, Union Station, North Hollywood or the mid-Wilshire area.