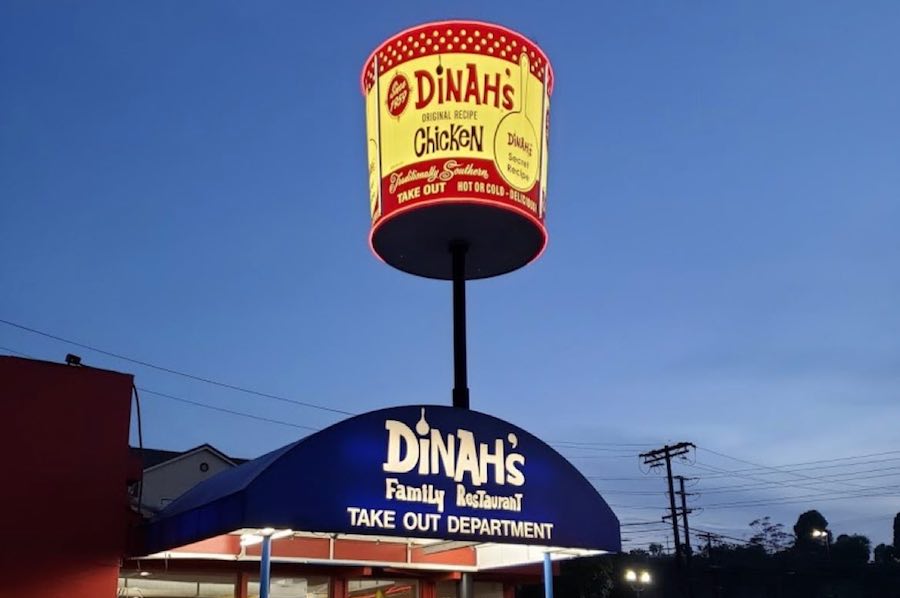 Dinah’s Family Restaurant has refused to leave their restaurant while the buildings around the historic building are being razed, as reported by Eater Los Angeles. The owners intend on keeping the restaurant open during construction.

Eater Los Angeles quotes a representative of the restaurant who said, via a written statement, “We’re dedicated to staying open and remaining that way through it all. And we will continue to operate till [sic] the city has to come and shut us down,” and that Dinah’s Restaurant will continue to occupy the building after construction is complete.

The building is located at 6521 South Sepulveda Boulevard. The Los Angeles City Council approved the plan to build a new multi-family residential complex around the restaurant which is being preserved due to the architecture of the restaurant which dates back to 1957 and is in the Googie style which is native to Southern California. The new eight-story building on Sepulveda will contain 362 units, 41 of them deed-restricted as affordable housing.

Despite Dinah’s Restaurant’s determination to stay open, the LA Conservancy reported that Dinah’s will have to leave during the construction of the new building.

“With the exception of Dinah’s, the rest of the site fronting Sepulveda Boulevard will be cleared to allow for the new development, consisting of 361 housing units (41 set aside as affordable). We need more projects like this that successfully integrate old and new, and demonstrate that this is possible, rather than demolition,” the LA Conservancy writes on their website about the project. “And while mostly good news, the proposal unfortunately calls for Dinah’s, a 65 year old legacy business, to vacate their longtime home during construction. It is uncertain if they will return. The Conservancy also calls on the developer to designate the Dinah’s building as a Historic-Cultural Monument (HCM) to ensure it has long-term protections.”