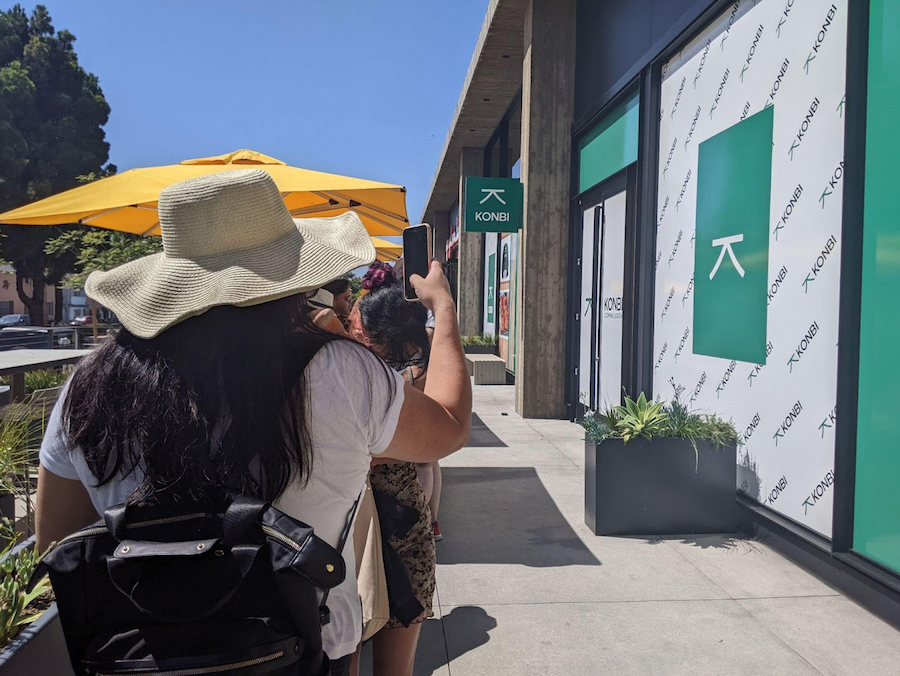 Konbi has come to Culver City from its origins on the Eastside in Echo Park. The hugely popular restaurant with Japanese-style Konbini sandwiches and French pastries tried to hold a quiet soft opening, but once the word got, so did the lines. The demand was so high that Konbi had to close briefly during the business day to regroup and had to close the business early more than once after selling out completely.

Fans of the restaurant had been keeping an eye on the space at the One Culver structure for a while, since it was decorated with Konbi’s coming soon notice.

Go Get ‘Em Tiger’s Culver City location is next door and the much anticipated Kismet Rotisserie is the very next storefront past Konbi’s new location. We observed people in line asking each other when Kismet might open, so local residents are aware of One Culver’s upcoming slate and are anticipating it.

Konbi was founded by chefs Akira Akuto and Nick Montgomery in 2018 in Echo Park, in a location that is so small, the restaurant only has eight seats. Konbi was an immediate hit, even making the national news and an award from Bon Appettit as 2019’s Best New Restaurant. Akuto and Montgomery have had plans for years to build a second location, this time with much more space to work in.

Akuto said, as quoted by Eater Los Angeles, “A lot of people coming to Konbi were coming from the Westside and could only come once a week or once a month. Even in the two years since we’ve been in construction, the neighborhood has been changing — not just with tech companies coming in, but with more young families.”

Design firm Lovers Unite was responsible for the restaurant’s design according to Eater Los Angeles and even though they have more space, indoor dining at the Culver City location is still limited to eight seats.

With all this new space, production for the Konbi restaurants will happen in the larger Culver City kitchen. Montgomery said, as quoted by Eater Los Angeles, “There were things we couldn’t do before because of space constraints. We wanted to bring our operation closer to areas of the city that were more difficult to reach while being somewhat convenient to the first store. And we wanted to create a commissary kitchen that gives people a nicer place to work, with more natural light than a warehouse somewhere could provide.”

The star of Konbi’s menu is, as always, the sandwiches. Made with Bub and Grandma’s bread and made and cut with a stunning regularity of sandwich design, the Culver City location has a newer Tunafish sandwich and the well-loved pork katsu, egg salad, and eggplant katsu, and a Maine lobster sandwich. It’s the uniformity of the tri-cut sandwiches that makes Konbi’s presentation so memorable. During the soft opening, Konbi made their own milk bread, with the help of Bub and Grandma’s owner Andy Kadin, during Bub and Grandma’s own opening of their flagship restaurant.

The new restaurant does have gelato ice cream. The Echo Park location only had a couple of options, but, according to Eater Los Angeles, Konbi Culver City has six flavors including “vanilla, chocolate, coffee, houjicha honey caramel swirl, and chocolate mixed with bits of crispy croissant, all made with Clover Farms dairy.” The restaurant offers dairy-free options just like they have vegan and vegetarian options on the regular menu.

The restaurant’s website has not yet been updated with ordering options for the Culver City location, according to Eater Los Angeles, “Konbi’s Culver City location is open Wednesday through Sunday from 8 a.m. to 4 p.m. at 10000 Washington Blvd., with more days planned in September.” 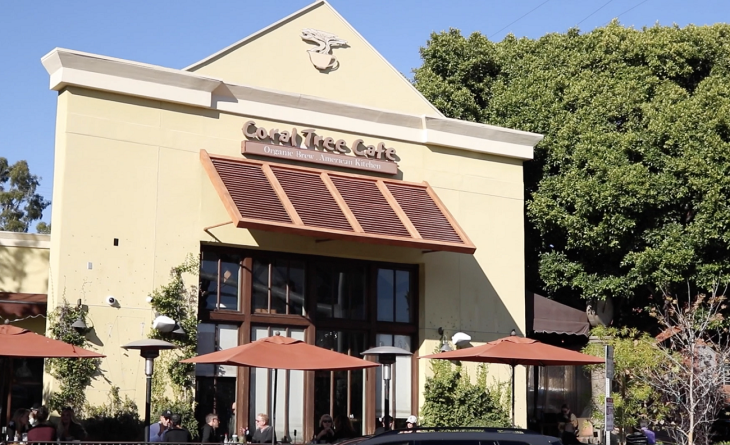