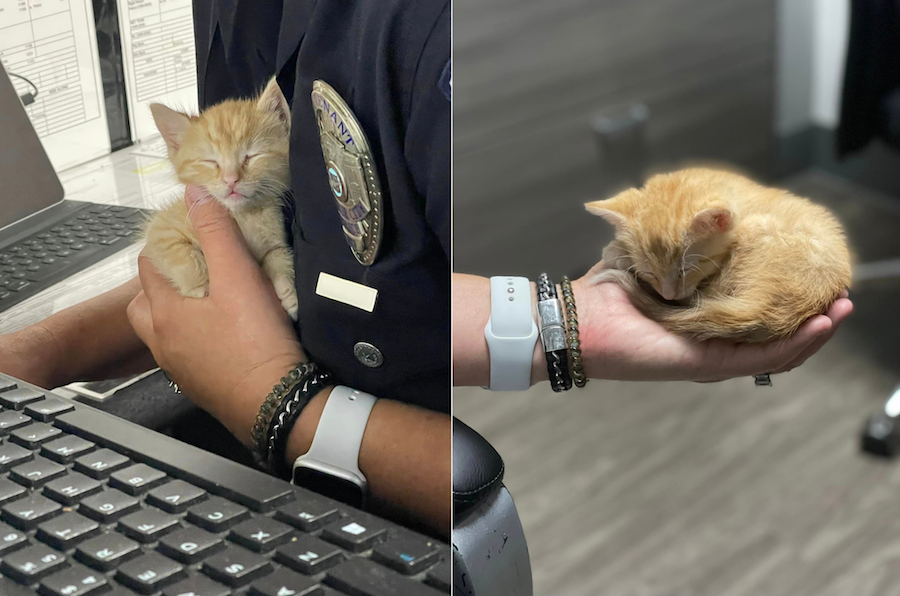 According to the Culver City Police Department Tuesday night, officer conducted a traffic stop at Sepulveda Boulevard and Venice Boulevard for a “hazardous moving violation”. The vehicle’s license plate revealed that the license plate was reported as stolen, the CCPD note.

Through their investigation, officers learned that the vehicle was stolen and placed both occupants of the vehicle under arrest.

In addition, according to the CCPD, officers recovered a two week old kitten from the vehicle that was cared for at CCPD until the Animal Services Officer arrived.