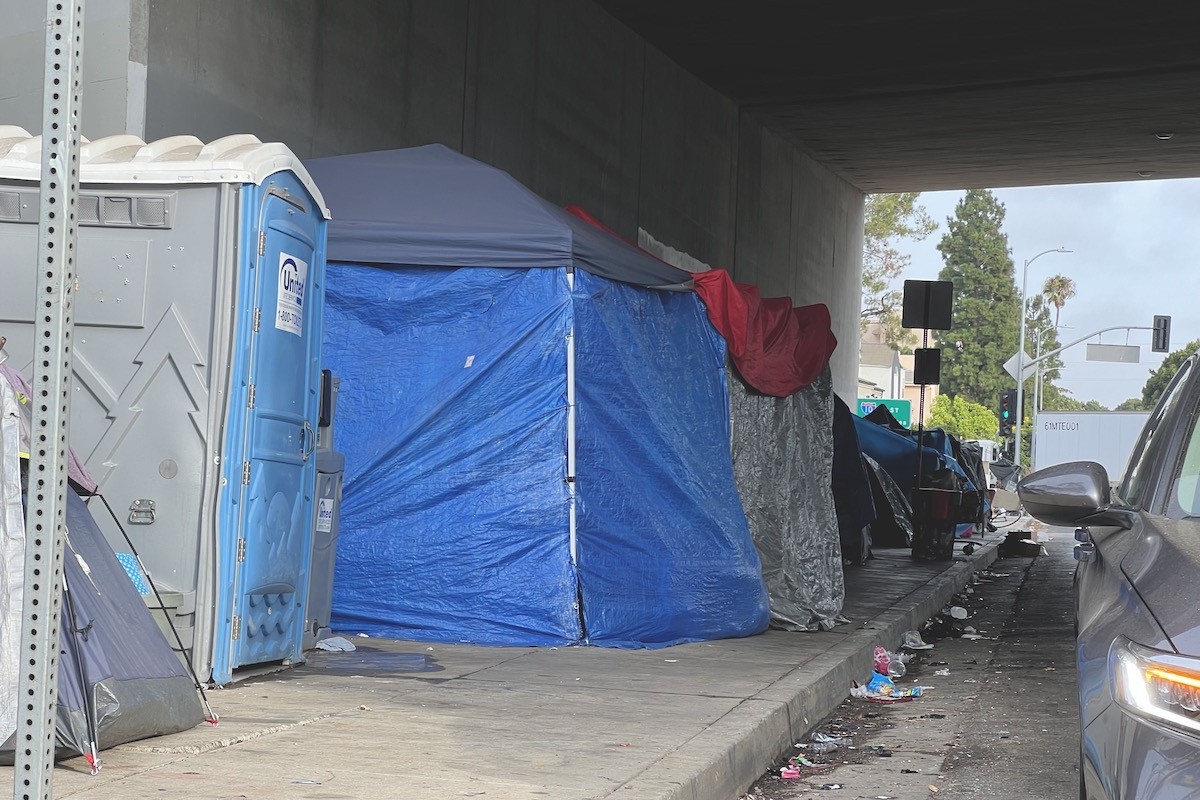 Bonin one of three not votes in expansion of LAMC section 41.18

Los Angeles City Council has banned homeless encampments within 500 feet of schools and day-care centers, among other locations. The motion passed 11-3, with Councilmember Mike Bonin, Marqueece Harris-Dawson and Nithya Raman voting against the ban.

On Tuesday, August 9, the second and final vote to extend section 41.18 of Los Angeles Municipal Code (Los Angeles’ anti-encampment rule) came before the Los Angeles City Council. The second vote was necessary because the first vote was not unanimous.

Under the anti-camping rule, areas in which camping are prohibited include within 2 feet of any fire hydrant, within 5 feet of any operational entrance or exit and within 10 feet of a loading dock or driveway. The ordinance also allows the Council to include, by resolution, areas within 500 feet of a range of locations, including overpasses, underpasses, freeway ramps, tunnels, bridges, pedestrian bridges, subways, washes or spreading grounds, railroad tracks, schools, daycare facilities, parks and libraries, and any placed deemed to be a threat to public health or safety.

In addition, Council can pass resolutions to prohibit sleeping within 1000 feet of any homeless shelter opened since 2018.

City Councilmember Mike Bonin said, “I submit, as I have before, that this issue is misguided energy and that what we are going to do is a lack of strategy, a lack of tactics and, as Mr. Koretz said, unthinkable. The two people who spoke said, yes, of course, this isn’t going to solve homelessness, no one thing does and that we’re going to have to do a bunch of things. The fact of the matter is that this is going to make the problem worse. This is going to disconnect people from services. This is going to channel our time, our money and our energy into moving people around instead of moving people inside. It is actually harmful.

I don’t think that the Council has done its due diligence on this issue at all. At least when Mr. Buscaino attempted this last year, which I opposed, there were specific addresses listed. On this, we don’t have a map, we have not done any study of how comprehensive and how impactful this will be…I cannot for the life of me figure out how this is consistent with the Boise Decision and I cannot for the life of me figure out at all how this is consistent with the settlement of the Alliance case that the Council has entered into. I will close by just saying this: every time we discuss this issue it is a waste of time and energy and attention and by approving this ordinance, you are guaranteeing that you are going to be back into conversations over lawsuits and settlements and what the city can and cannot do and that is what the time and energy and focus will be and you are going to be discussing 41.18 like a nightmare Groundhog Day for years and years to come.

City Councilmember Joe Buscaino said, “Boy, has the tide turned. Thank you, Mr. Cedillo and Mr. Bonin for recognizing this effort. A year ago, I heard loud and clear, from parents, faculty, from a number of schools. Not only in my district, but throughout the city. In my district Normont Elementary School, in CD 8, Miller Elementary School, 118th Elementary School, Barratt Elementary School, Marka Middle School, Joiner Elementary School…We’re not making this up here. Members, thank you. I anticipate that this will pass today. Thank you on behalf of the students, the parents, the teachers, the administrators, and Mr. Carvallo, who had the backbone to come here as a new Superintendent of Schools, demanding that we take action. This is an issue of restoring order and safety among our most precious sites in the city of Los Angeles. Our school sites. Our students are already traumatized with social-economic issues let alone. They should not be exposed to sex acts, they should not be exposed to drug use, they should not be exposed to psychotic behavior that has taken place right next to our schoolyards. But here is another challenge, this will pass, but it is now up to us to hold the people in this building accountable for enforcing 41.18 at our school sites. And a school is a school is a school. You don’t need a sign to indicate where a school is located anywhere in the city of Los Angeles. A daycare is a daycare is a daycare facility. You don’t need a sign to indicate where a daycare facility is. And lastly members, 41.18, if you want to see how useful 41.18 is and how effective it is, come to my district. We have actually saved lives for ensuring that people have a choice to make. Go into an available bed, get help, or if it’s not your choice to get help, move along. We owe it to everyone, not only our residents, our businesses, but to those who need the most help among us.”