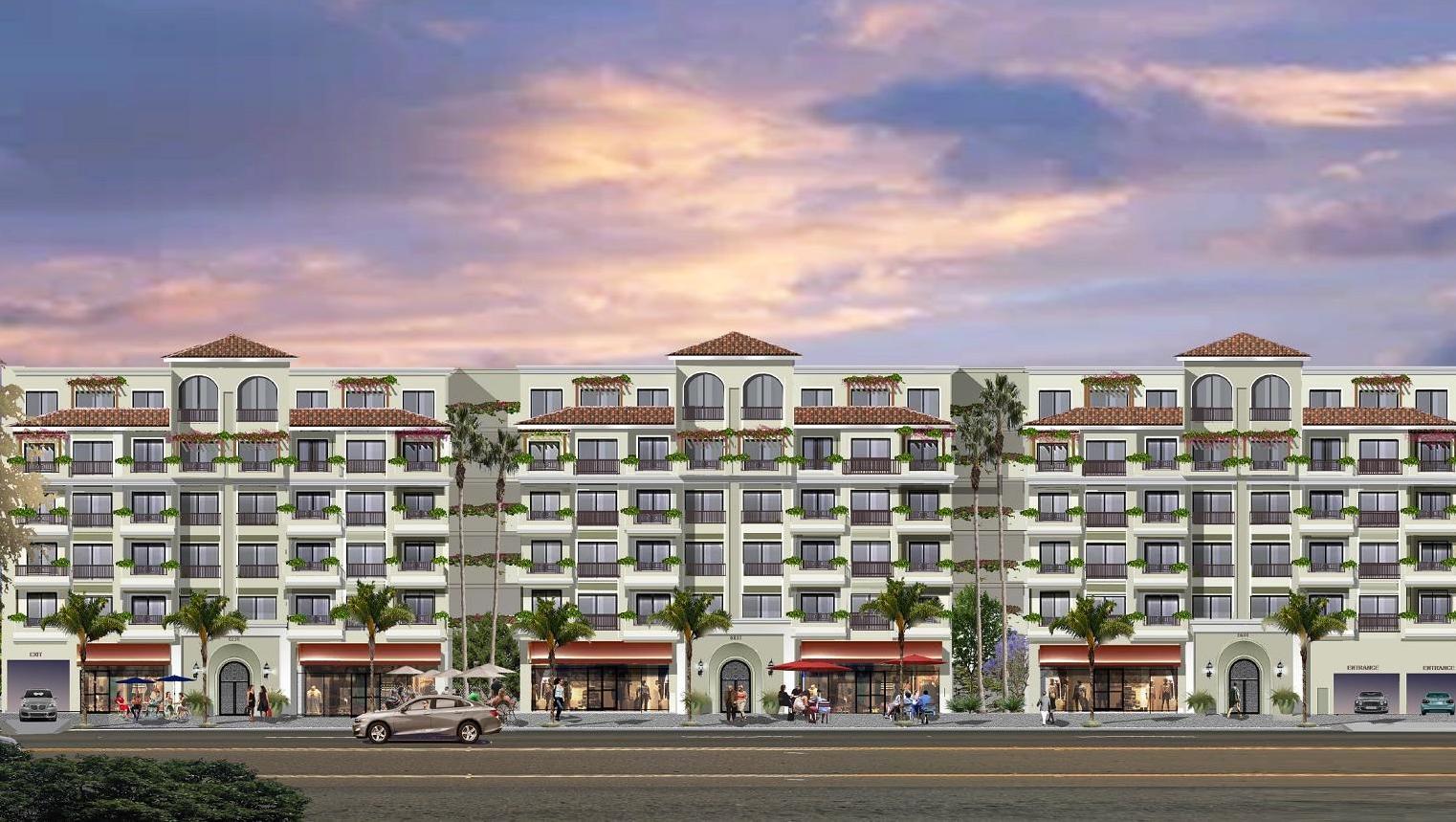 The design for a proposed mixed-use apartment complex at 6116-6144 W. Pico Boulevard has been updated with the Pico Neighborhood Council’s Land Use Committee, as reported by Urbanize Los Angeles. Near the corner of La Cienega and Pico, this project now has an updated look.

Originally, the project was submitted a little over a year ago and it would replace a small cluster of commercial buildings on the site. The plans describe a six-story building on a one-acre site that would hold 125 one and two-bedroom apartments and just about 4,500 square feet of commercial space on the ground floor. The development would have a basement level with 166 parking spaces.

Nahum Samar, a local real estate developer, is listed as the project applicant and the project is under the umbrella of the company Pico Treasures, LLC. Because of the location and the size of the project, the developers have requested Transit Oriented Communities incentives which would circumvent the zoning restrictions. The incentives would require that the developers reserve 13 apartments as deed-restricted affordable housing which would have to be priced at the extremely low-income level.

The architect of record is West Pacifica Design, which is also the group responsible for the Pico Treasures project. Their original design was a white and grey building with boxy orange accents that would protrude from the building as part of a contemporary grey and white building.

The new design has evolved into a Mediterranean-style structure that has setbacks on the upper floor that would allow for resident amenity decks. The midblock setback has been changed to allow the area to be split into small open spaces which would allow more publically accessible space on the street level.