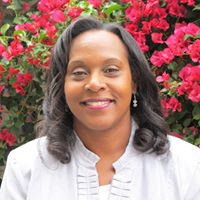 On Tuesday, June 7, the CCUSD Board of Education decided at a special meeting not to fill the seat of Board member Tashon McKeithan, who announced that she will resign her seat effective June 30, 2022 because she and her family are moving outside the Culver City limits.

McKeithan’s seat, which was due to expire later this year along with Board members Steven Levin and Summer McBride, will remain vacant until the November 8, 2022 election, when all three seats will be on the ballot.

“It has been my honor to serve the residents of Culver City, and I am proud of the work we have done as a board,” McKeithan said. “I am especially pleased that CCUSD has made significant progress in the areas of DEI, Special Education and the arts. We still have lots of work left to do, but I am encouraged at how far we have come and how committed the District is to improving in all of these areas.”