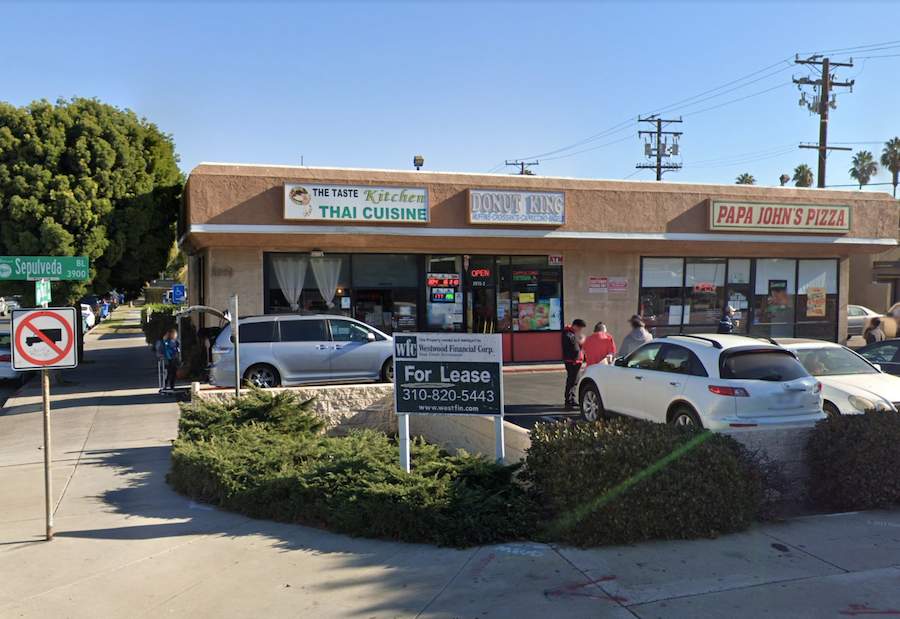 According to the Culver City Police Department (CCPD), on March 29 around 2:10 p.m., an armed robbery occurred at a restaurant located at, 3970 Sepulveda Boulevard. Google Maps shows that this is the address of The Taste Kitchen, a Thai restaurant.

“The suspect entered the business, approached an employee at the register, and demanded money while simulating a handgun under his shirt. In fear for his life, the employee handed the suspect the register money,” the CCPD said.

Police say the the suspect then exited the store with the money and ran away northbound on Sepulveda Boulevard and out of sight.

Culver City Police Department Detectives investigated this crime and were able to identify the suspect, a 23-year-old male resident of Los Angeles. On March 31, 2021, the suspect was detained by a neighboring agency.

Culver City Police Department Detectives responded and took custody of the suspect and transported him to the Culver City Jail. Detectives will be presenting the case to the Los Angeles County District Attorney’s Office for filing consideration.