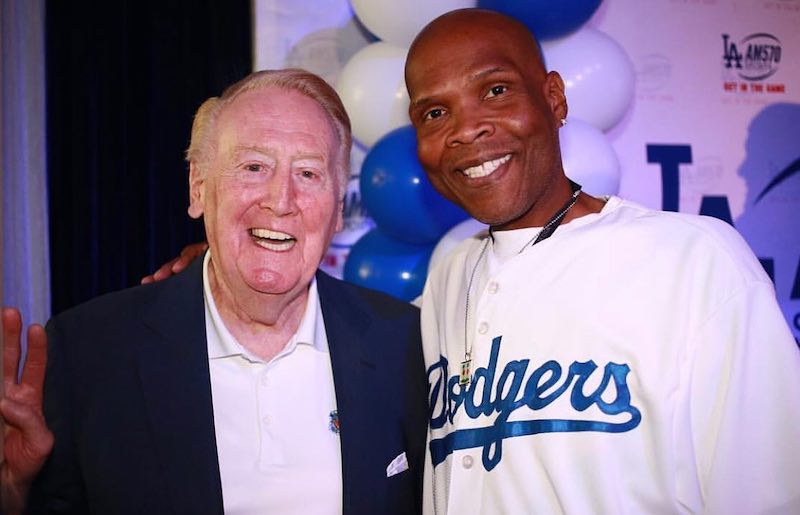 A Culver City High School graduate has earned a star on the Hollywood Walk of Fame.

Last week Kurt Alexander, aka Big Boy, a Culver City High School (CCHS) graduate, was announced as among the list of individuals who will get a star on the Hollywood Walk of Fame.

Big Boy, born on Chicago’s West Side in 1969, moved to Los Angeles at the age of two. After becoming introduced to the music scene while DJing CCHS parties, Big Boy became a bodyguard for the hip hop group The Pharcyde.

Big Boy who was friends with the Baka Boyz– the morning show hosts at Power 106 (KPWR)–was offered a hosting position at the station. Soon after, with Big Boy hosting its most popular time slots, Power 106 dominated the Los Angeles radio ratings for close to two decades.

In 2015, Big Boy left Power and went to iHeartMedia Inc. and with Big Boy on board the company acquired another station, KRRL-FM (92.3), and turned it into a hip-hop rival called Real 92.3.

“I can’t front. I’m emotional,” he posted on his Instagram account after the announcement. “I’m happy, proud, excited and sad, all at the same time. I’ve worked HARD in radio for the last 26 years. I’m humbled by the acknowledgment. For real!! I’m Ida’s Son. The 2nd youngest of 7. My Mom, R.I.P, IS EVERYTHING to me. She was my first ‘Fan’. Believed in me from the giddy up. Told me “Believe it…Achieve it. I live by that.”

The date of Big Boy’s ceremony has not yet been announced.