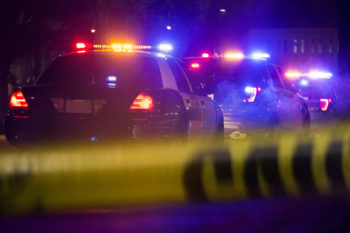 An at large suspect shot and robbed a Culver City man out for a jog Wednesday night.

According to the Culver City Police Department (SMPD) on June 10 at approximately 11:20 p.m., CCPD officers received a radio call of a man that was shot in the area of Washington Boulevard and Hargis Street.

Upon officer’s arrival, they discovered the victim, a male adult Culver City resident, who was suffering from a gunshot wound.

“Detectives later learned that the victim was approached by a suspect who was armed with a handgun. The suspect demanded the victim’s property, and at some point fired one round, striking the victim,” said Scott Bixby, CCPD Chief in a media release.

According to CCPD, the victim described the suspect as a black male, 20-30 years old, wearing a black hoodie and a mask. The suspect fled the scene on foot.

The victim was transported to a local hospital where he underwent emergency surgery and is now in stable condition.

If anyone has further information regarding this incident they are encouraged to call the CCPD Watch Commander at 310-253-6202.