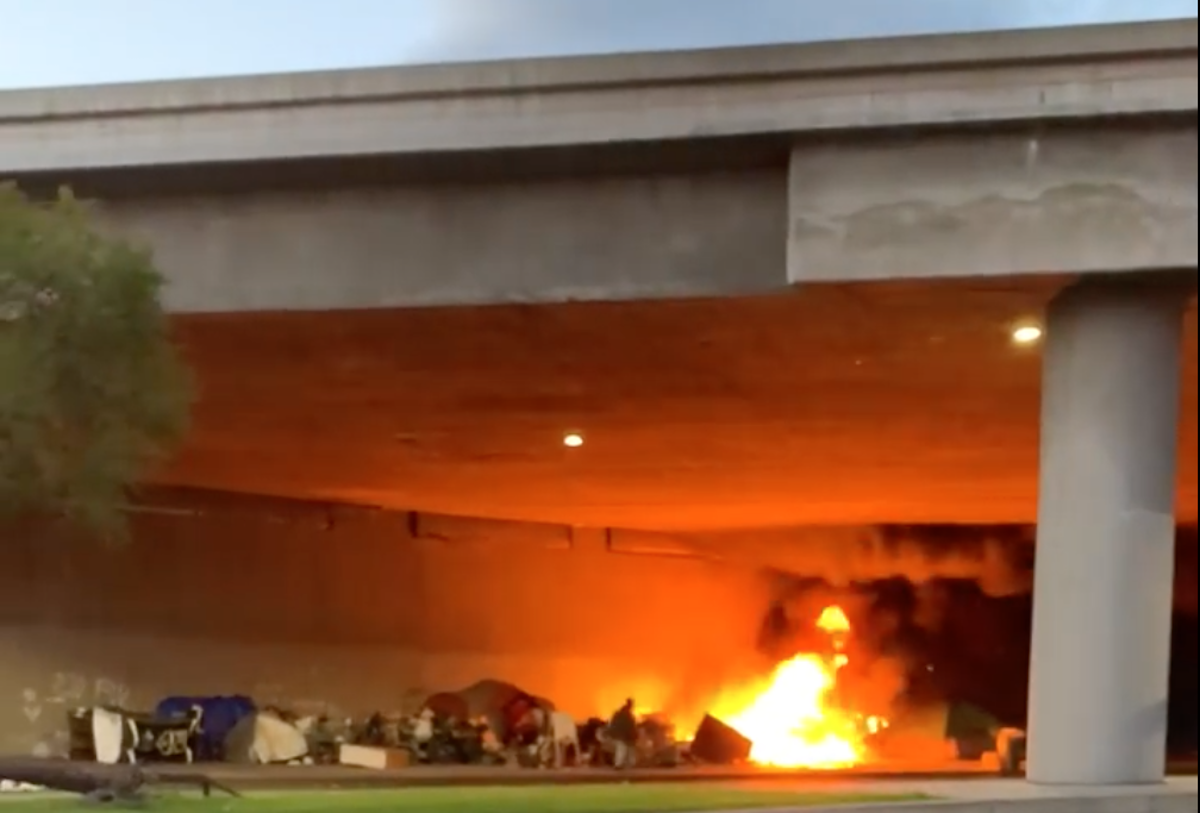 The Los Angeles Fire Department (LAFD) put out a fire that broke out at a Westside homeless encampment Monday morning.

According to LAFD Public Information Officer Margaret Stewart, LAFD crews responded to a rubbish fire reported at 6:29 a.m. on the 6000 block of Venice Boulevard under the 10 Freeway at a homeless encampment. The fire was quickly put out.

No injuries occurred and no structures were damaged.