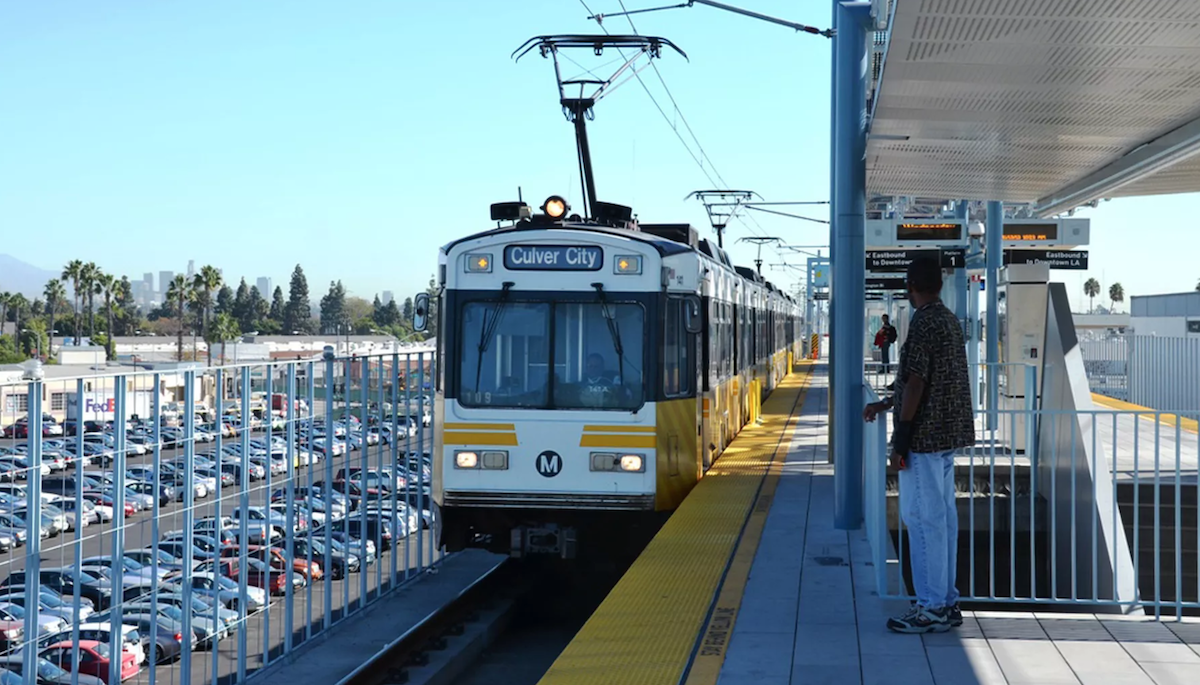 According to Susan Hannemann, the mother of two of the victims, on Friday, August 1 five Culver City High School students between the ages of 14 and 17 boarded an eastbound Expo Line train at the Downtown Santa Monica station. The group had been at the beach during the day and were heading back to Culver City. Another group of 15 teenagers boarded the train as well, and Hannemann says the two groups began chatting and dancing to music.

As the group of five exited the train at the Culver City station, located at 8817 Washington Boulevard, the larger group followed them before allegedly attacking the group of five, stealing their belongings, according to Hannemann.

The Culver City Police Department (CCPD) confirmed that on Friday, August 1 at 10:20 p.m. they took three teenagers into custody as suspects in this incident.

According to Hannemann, her 14-year-old son’s jaw broke in two places and he suffered a head injury after getting punched and her 16-year-old son who intervened also got punched in the head.  Her 14-year-old was taken to Cedars-Sinai Marina Del Rey Hospital, where a CT scan showed that he may have sustained a minor brain hemorrhage. A second CT scan at Cedars-Sinai Los Angeles Saturday morning, however, showed no evidence of internal bleeding, according to Hannemann.

In addition, one girl suffered a broken nose while other teenagers sustained bruises but were not hospitalized, says Hannemann, who noted she will not allow her kids to ride the Expo Line at night