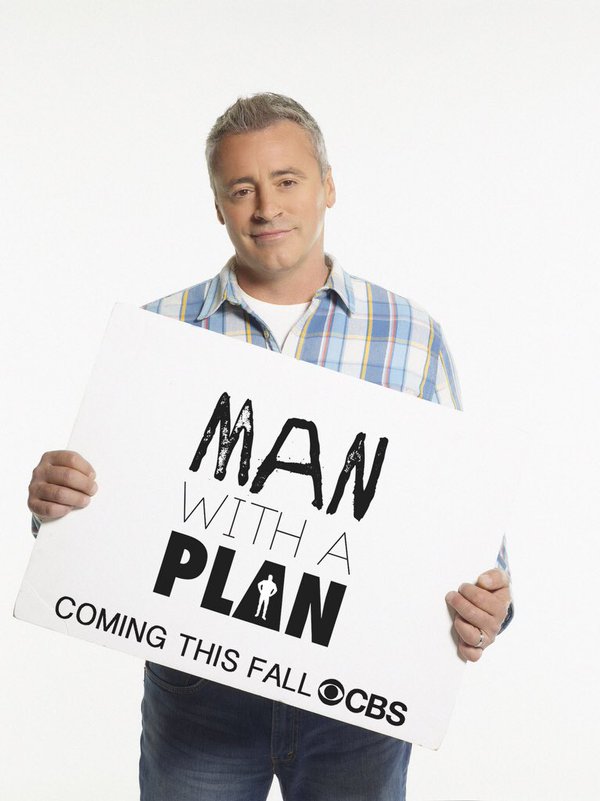 “Man With A Plan,” a comedy starring Matt LeBlanc as a contractor who is surprised by what he learns about his three children after beginning to spend more time with them after his wife (Liza Snyder) returns to work, premieres at 8:30 p.m. Monday on CBS.

The series was inspired by the experiences of its co-creators, Jeff and Jackie Filgo, when they decided to take a year off from work to spend more time with their two children.

“Very quickly we started looking at each other and saying, `There are things we had no idea about these guys,”‘ said Jeff Filgo, who had been a producer of “That `70s Show” and “The New Adventures of Old Christine.”

The Filgos, married writing partners for 20 years, decided to write a pilot on spec about their experiences with the voice of LeBlanc in their heads, unbeknownst to him, Jeff Filgo told City News Service.

CBS had been seeking to do a series with LeBlanc, Jeff Filgo said. Like the Filgos, he wanted to do a family show.

“I am a parent, so I wanted to explore what that would be like as a character,” LeBlanc said during the Television Critics Association Summer Press Tour. “They wrote a great script and I responded to it.”

LeBlanc said he had “a really great time” playing a fictionalized version of himself on the single-camera Showtime comedy “Episodes,” his first role following a five-year hiatus from acting following the 2006 cancellation of NBC’s “Friends” spinoff “Joey” after two seasons.

LeBlanc said he wanted to work more than he did  on “Episodes,” which he said made “nine episodes every 18 months basically.” He said he also wanted to return to the multi-camera format he worked in on “Friends” “because I have a family and the hours are shorter.”

Like LeBlanc, “Man With A Plan” marks a return to broadcast television for Snyder, who had appeared in one episode each of “House” and “Raising Hope” since the 2006 cancellation of her CBS comedy “Yes, Dear,” according to the Internet Movie Database.

Snyder was the second choice to portray Andi Burns, replacing Jenna Fischer, who played the role in the pilot.

“This all kind of happened really quickly,” Snyder said. “My first scene of my first night was an absolute debacle of epic proportions. I got it together eventually. I just … started to get more comfortable again and I started to remember … the pace and how it goes.”

The cast also includes Kevin Nealon as Adam’s brother Don, who he works with in their construction business; Jessica Chaffin and Matt Cook as parents of two other of kindergarten students; Diana Maria Riva as kindergarten teacher Mrs. Rodriguez; Grace Kaufman as the Burns’ master manipulator preteen daughter; and Matthew McCann as middle child Teddy.

Nealon does not appear in the premiere.

Viewers should watch “Man With A Plan” “to make you feel better about your crazy kids and your marriage,” Jeff Filgo said.

“Nobody’s family is perfect. Nobody’s marriage is perfect, but we all pretend it is perfect in public,” he said. “When we show this family and this marriage with the problems that it has and we hopefully shine some humor on it, it will make you feel not so alone.”