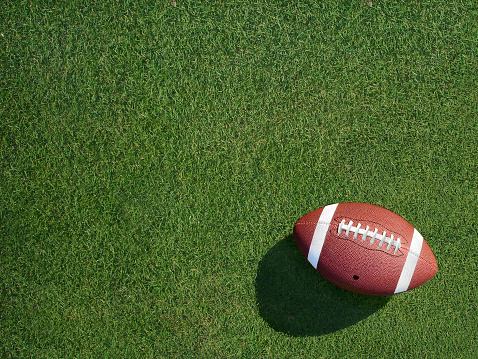 A meeting of National Football League team owners that could determine whether the Los Angeles area will be awarded an NFL franchise will begin in Houston today amid reports that a consensus is building within the league for the St. Louis Rams and San Diego Chargers to share a stadium in Inglewood.

After several months of collecting information from teams and the three cities in danger of losing theirs, the owners could start making decisions today on which team, or teams, will move to the Los Angeles area.

The potentially lucrative Los Angeles market has been without an NFL team for 20 years. The San Diego Chargers, Oakland Raiders and St. Louis Rams are each vying to become the team that brings professional football back to the greater L.A. area.

“We’ll just have to wait and see what happens,” Chargers owner Dean Spanos said when confronted by reporters in a Houston hotel lobby Monday. He reiterated that he will abide by whatever decisions his fellow owners make.

Within the league, a consensus is building for the St. Louis Rams and San Diego Chargers to share a stadium in Inglewood. the Los Angeles Times reported today.

Multiple league officials and owners not involved with the Inglewood project or the competing proposal in Carson, told the newspaper that there is momentum to pair the two franchises in what one owner describes as a “transformational” project.

The Chargers and Raiders have announced plans to build a stadium in Carson, and Spanos has stood by his partnership with Raiders owner Mark Davis.

League officials and owners who spoke on the condition of anonymity told The Times that Spanos doesn’t want to be seen as turning his back on a partner, making the path to what is emerging as the preferred pairing more difficult. But the matter is expected to be resolved during the special Houston meeting, according to The Times.

Spanos has wanted a replacement for aging Qualcomm Stadium for around 15 years, a quest stymied by the city of San Diego’s fiscal problems of a decade ago, the recession and difficulty in finding a suitable site.

When Kroenke proposed about a year ago building a stadium in Inglewood, the Chargers responded by announcing plans to construct their own playing facility in Carson — possibly in concert with the Raiders. San Diego Mayor Kevin Faulconer countered by establishing a task force that recommended building a new facility next to Qualcomm Stadium.

The Chargers broke off negotiations on the proposal in June. The team’s refusal to restart talks prevented what could have been a citywide vote on the proposal this month.

On Saturday, NFL Commissioner Roger Goodell distributed a report to owners that said plans by San Diego, Oakland and St. Louis are “unsatisfactory and inadequate.” Among other things, the league objects to uncertainty created by San Diego’s demand that plans for a stadium project be put before voters — something the Chargers once supported.

Chris Melvin, an attorney and lead negotiator for the city and county of San Diego, said Sunday that the Chargers created their own uncertainty.

“We could have already gained voter approval of a stadium under the plan laid out this summer by the city and county,” Melvin said. “But the Chargers stonewalled, rebuffed attempts to negotiate a term sheet, and refused to act. Despite all this, San Diego has proven that it’s a region that supports its major league teams.”

It has long been believed that while neither the Inglewood nor Carson projects had the 24 votes needed for approval by the NFL owners, league officials are committed to a return to Los Angeles this year. That situation led to recent talks among the owners and league executives to establish a consensus in time for the Houston meeting.

Spanos rejected a partnership with Kroenke in a letter to Goodell last month, and reiterated his support for the Carson project and Raiders owner Mark Davis.

In brief comments to reporters in the hotel lobby, Spanos said he and Davis have worked hard on the Carson project for more than one year. He said he hopes for a resolution this week.

An NFL team has not played in the Los Angeles area since 1994.

The Chargers played at the Coliseum in their inaugural 1960 season when they were a member of the American Football League, then moved to San Diego in 1961.