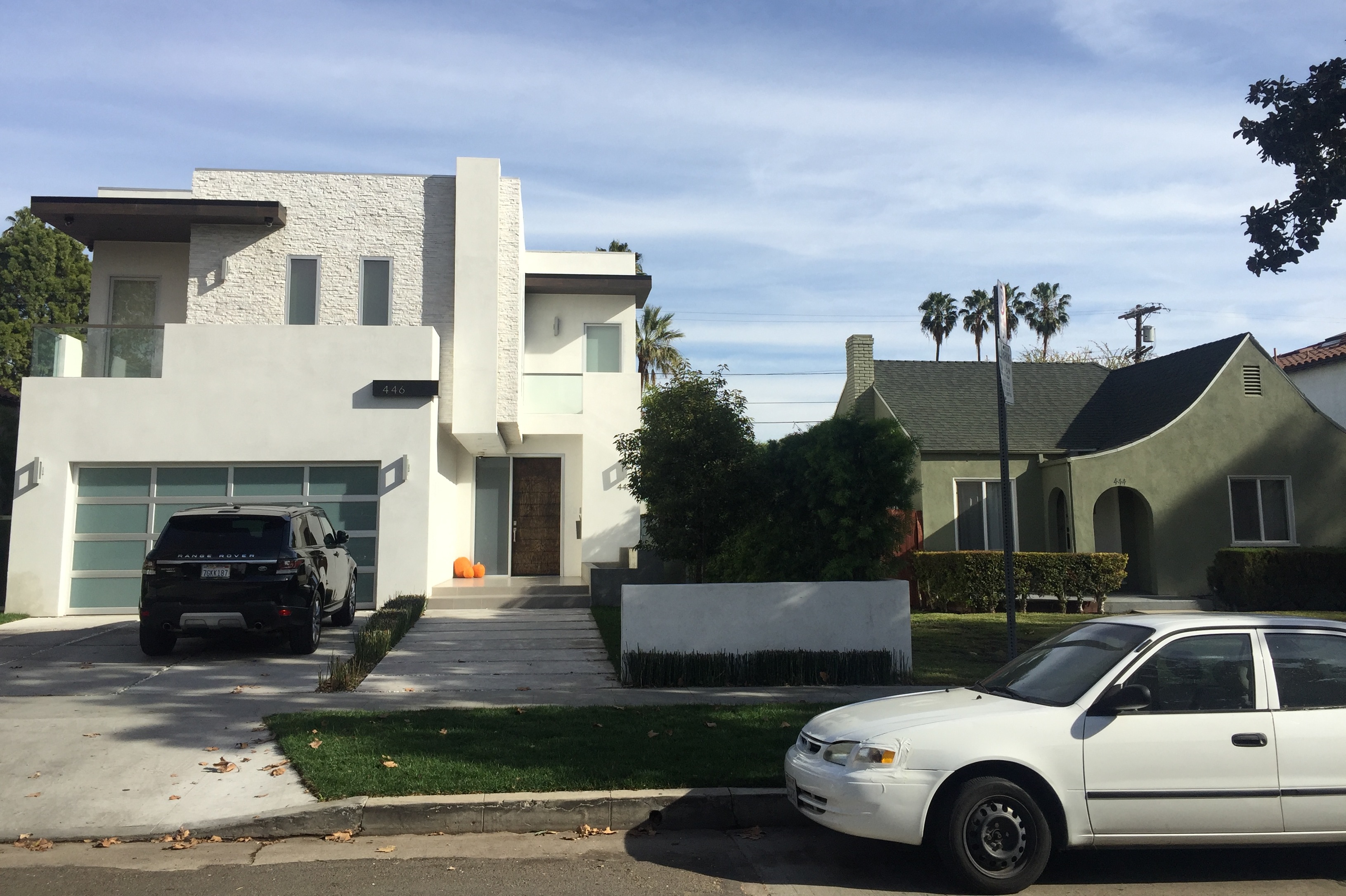 “The official phrase is ‘out of character for the neighborhood and out of scale for the lot size,’” said Rod Liber, member of the Brentwood Homeowners Association and Westside property owner.

They also argued these “McMansions” impinged on privacy, as homes are sometimes built uncomfortably close to an adjacent property.

But an opponent of the BMO, Brentwood real estate agent Mary Lu Tuthill, said she has all ready seen the ordinance lessen property values everywhere, including in Brentwood.

“One of the major factors in the evaluation of a home is the square footage,” Tuthill said. “Since the BMO limits that, it limits the price that a developer can expect to get. It also limits the price someone will pay for a lot or a ‘tear down,’ because the lot size dictates the size of home that can be built there. It is especially significant on smaller lots.”

The BMO contained exemptions, or what some would call loopholes, that allowed for extra square footage – add-ons like environmentally friendly “green” features, proportional stories, or front facade articulations.

These loopholes prompted City Councilman Paul Koretz to create a temporary fix  – to 15 single-family neighborhoods that saw a higher concentration of construction activity until the City Council could pass a heavier amendment.

Two weeks ago, after almost a year and a half, the city finally released a draft of the revised BMO, and the public consideration process is kicking into high gear.

But with new rules came even more restrictions.

Homes in Westwood, Kentwood, and Mar Vista/East Venice, for example, are no longer eligible for 20 percent bonuses, or an extra 800 sq. ft.

But as Liber points out, Brentwood was never part of this groundswell movement, or the ICOs. He has qualms about the new square footage amendments and imagines Brentwood would take a more moderate approach on the restrictions and bonuses.

“The first thing I’m going to do is find out if people in Brentwood really want it, or is it 50-50,” he said, using an online survey to poll members of the BHA.

“If you’ve all ready owned your home and you plan to stay there, it’s not a problem,” he said. “But if you have an older home and you want to sell it, that might be a time where you go, ‘I’m more interested in keeping the home value up.’”

With Brentwood sitting on the periphery of these exemptions, heads of Brentwood neighborhood councils and homeowners associations are just starting to consider if they should advocate for these newly developed home-size limits.

Real estate experts and developers agree that the BMO has its perks and its faults, but the square footage limits now includes counting the garage space, which reduces a home size by 400 sq. ft.

Elyse Arbour, an 18-year Brentwood real estate agent with Rodeo Realty, doesn’t see the garage inclusion as fair since a housing appraisal will only end up counting “living space.” So it’s the developers who are buying up smaller homes and offering less money to make a profit, she said.

“The what I like to call ‘young, cute couples’ come to these old homes, and they do inspections and they run,” Arbour said. “Consequently, the developers come in and offer cash, a quick close, and a five-day inspection. Developers are not emotionally attached to the properties.”

Liber said Brentwood now has to fight for what it wants and doesn’t want in the BMO. And the people who are living in the houses and neighborhoods, not developers, have to retain their authority.

“I’d fight the too-drastic a reduction in the square footage,” Liber said. “I’d fight the exclusion of the bonus for the front articulation. And I’d want them to add something in about no subterranean garage. I also think there probably needs to be a stated limit on basements.”