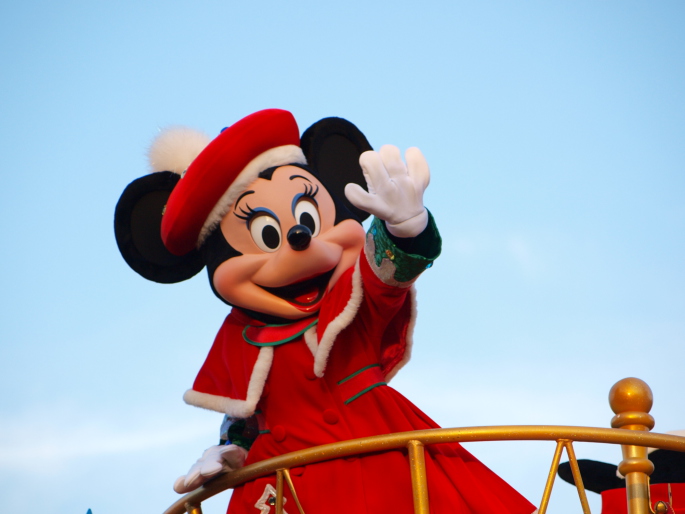 “Holidays at the Disneyland Resort” began Friday, including “A Christmas Fantasy” parade at Disneyland and “World of Color — Winter Dreams” at Disney California Adventure.

More than 60,000 twinkling LED lights have been added to the facade of “it’s a small world,” while the attraction’s animated dolls representing children of many nations are dressed in holiday attire, singing holiday songs.

A mashup of Halloween and Christmas as imagined by the Jack Skellington character from the animated film “The Nightmare Before Christmas,” will be presented at the Haunted Mansion.

Christmas touches have been added to the Jungle Cruise ride for a second consecutive year, with gifts, decorations and what a park official described as “a few new surprises” added to the attraction’s African veldt scene.

Continuing an annual tradition, a new gingerbread house has been created for the mansion. This year’s design features gingerbread zombies constructing a teetering house of cards.

There will be two versions of the “World of Color” show at Disney California Adventure for the first time. “World of Color — Winter Dreams” includes winter scenes from such Disney and Disney-Pixar films as “Bambi,” “Toy Story” and “Frozen.”

Stage 17 at Disney California Adventure will be transformed into a wintry play area inspired by the “Frozen” kingdom of Arendelle, including real snow.

Other holiday touches at Disney California Adventure include “Disney Viva Navidad,” a celebration of Latino culture with music, dances and food; holiday decorations at each address in Cars Land, reflecting the personalities of the “Cars” character who lives there; and giant Christmas lights and ornaments at “a bug’s land.”

There will also be Christmas trees at Disneyland’s Town Square and Disney California Adventure’s Buena Vista Street and holiday food and merchandise at both parks.

“Holidays at the Disneyland Resort” will run through Jan. 6. Admission to either park is $99 for children and adults 10 and over and $93 for children 3 to 9 years old. A “Park Hopper” ticket for admission to both parks is an additional $40.