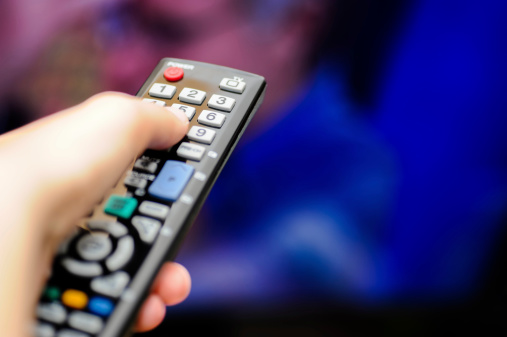 The premiere of the comedy “Fresh Off the Boat” drew ABC’s largest series audience in its time slot this season, while the response to the debut of “Allegiance” left the NBC espionage drama a longshot to have a second season.

“Fresh Off the Boat” retained 96 percent of the audience of “The Middle.” The amount of viewers a program retains from the preceding show is among the factors network executives consider when deciding whether to renew a series.

“Fresh Off the Boat’s” 2.5 rating among viewers ages 18-49 was the second highest for a comedy premiere this season, behind only ABC’s “black- ish.”

ABC, Fox and NBC target viewers ages 18-49, who are coveted by advertisers because they watch less television than average and are harder to reach.

“Allegiance” averaged 4.98 million viewers, finishing third in its Thursday 10-11 p.m. time slot and 56th for the week. It retained 49.3 percent of the audience of “The Blacklist.”

It was NBC’s second-largest audience in the time slot with series programming this season, behind only the “Parenthood” finale that aired the previous week.

But it was CBS that had each of the week’s four most-watched shows to win the weekly ratings race for the 15th time in the 20-week-old season, averaging 11.97 million viewers.

Though CBS’ coverage of the 57th annual Grammy Awards ceremony was the week’s most-watched program, its 24.82 million viewers was the lowest number since 2009.

Viewership was down nearly 13 percent from the 28.51 million average for last year’s ceremony, the Grammys’ second-largest audience since 1994.

Despite the drop, the audience was the second-largest audience for an entertainment program this season, trailing only NBC’s post-Super Bowl episode of “The Blacklist,” which averaged 25.7 million viewers.

One reason for the viewership decline was the midseason premiere of the AMC horror series “The Walking Dead,” which averaged 15.6 million viewers opposite the second hour of the Grammys telecast in the Eastern and Pacific time zones and the third hour in the Central time zone.

CBS finished first among viewers ages 18-49, with two of the top four programs among the group — the Grammys, which averaged 10.57 million to finish first, and “The Big Bang Theory,” which was fourth, averaging 5.83 million.

“The Walking Dead” was second among the group, averaging 10.13 million, followed by the Fox hip-hop drama “Empire,” which averaged 5.87 million.

AMC had the week’s three most-watched cable programs to finish first for the week among cable networks, averaging 2.01 million viewers.

The final hour of a marathon of reruns of “The Walking Dead” that preceded the midseason premiere was third among cable programs, averaging 5.14 million.

The “NBC Nightly News with Brian Williams” was the most-watched network nightly newscast for the 282nd consecutive week and 329th of the past 330, averaging 10.18 million viewers, followed by ABC’s “World News Tonight with David Muir” (9.46 million) and the “CBS Evening News With Scott Pelley” (7.85 million).